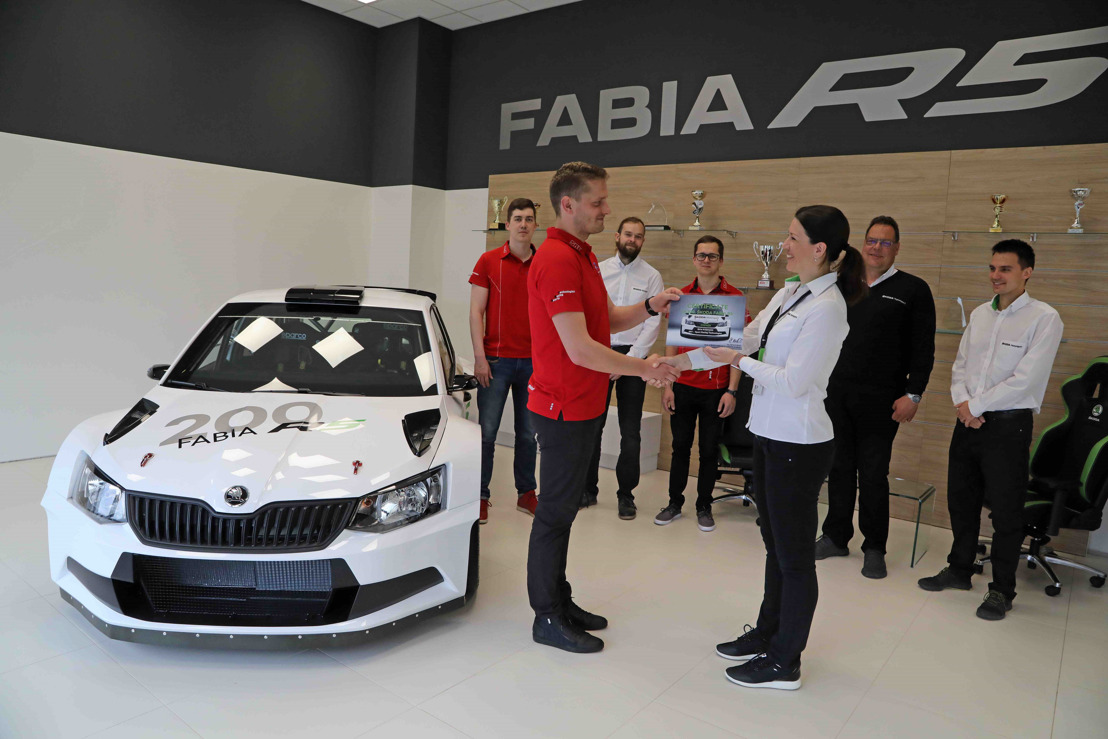 Mladá Boleslav, 16 May 2018 – The success story of the ŠKODA FABIA R5 continues,

recently car number 200 was delivered to a customer. At the workshop of ŠKODA

Customers like SRT successfully compete with the ŠKODA FABIA R5 in rallies around the globe.

But the Czech rally car not only is a commercial success, the ŠKODA FABIA R5 also is racing-wise

the benchmark in its category. In 2017 ŠKODA crews were nearly unbeatable in the FIA World

Rally Championship (WRC 2) as well as in regional and national championships. Five months into

Since then 2017 was the most successful year for ŠKODA Motorsport: Pontus Tideland and codriver

Team Championship. Czech Champions Jan Kopecký/Pavel Dresler were the spearhead of in total

Up to now, 200 ŠKODA FABIA R5 have been delivered to 89 customers in 30 countries. Until now

they achieved 414 victories, participating in rallies in 57 countries. Beside this success story, the

rally car from Mladá Boleslav is as well a true ambassador for the brand worldwide. Although

ŠKODA is officially not yet present on the Japanese car market, the Cusco Team of rally driver

In 2018, ŠKODA Motorsport is even more focused on its customer services. As a result, the new

In 14 European countries, the current championship leaders compete with a ŠKODA FABIA R5, but

the success of the Czech rally car is even global. In the FIA Asia-Pacific Rally Championship as

ŠKODA crews are holding the top positions of their national championships.

To maintain the global success of the ŠKODA FABIA R5, ŠKODA Motorsport is continuously

emphasizes: “In the past, our work on the ŠKODA FABIA R5 focused on reliability. As a result,

during the 2017 WRC season none of the factory cars had to retire due to technical issues. Thanks

to the presence of our works team in the FIA World Rally Championship, we got the experience to

further develop the car, making the ŠKODA FABIA R5 the best car in its category. In 2018 the

competition is even more intense. We are facing new R5 cars from our competitors, but we are well

prepared. For example, we are now offering an engine upgrade to our customer teams, which