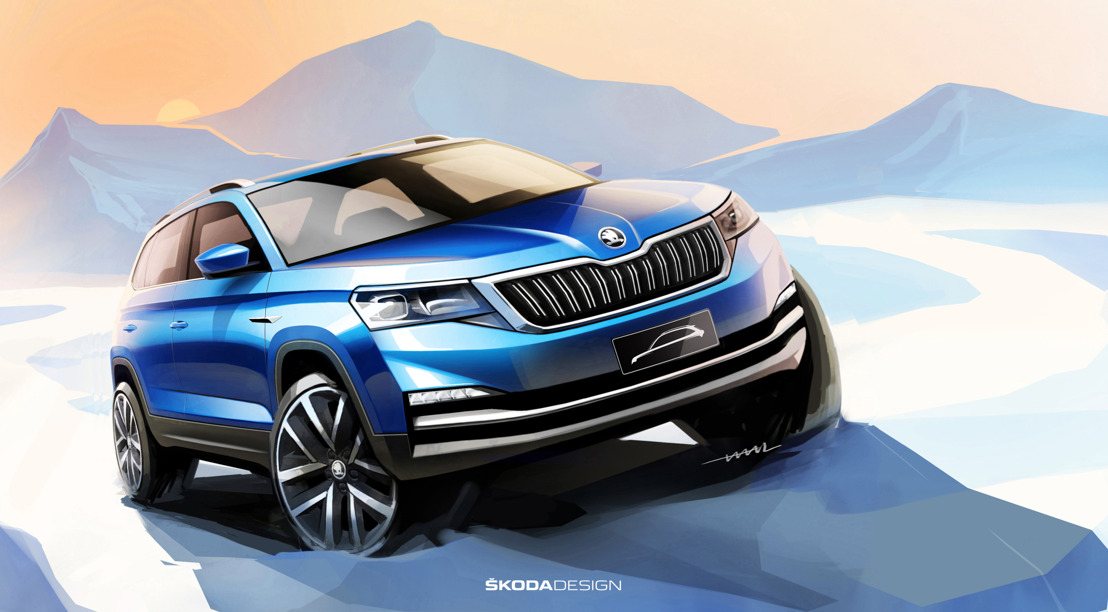 Mladá Boleslav / Shanghai, 18 April 2018 – ŠKODA in China has released first sketches of a

new model: an SUV, which has been specially designed and developed for the requirements

of Chinese urban customers. Following on from the ŠKODA KODIAQ and the ŠKODA

KAROQ, the new mainstream city SUV will be the third member of the brand’s SUV family for

the Chinese market. The model is celebrating its debut in the run-up to the 2018 Beijing

With the launches of the KODIAQ and the KAROQ, ŠKODA’s SUV campaign is already in full

swing. Now ŠKODA has transferred their expressive design into a new mainstream city SUV for the

feature of all ŠKODA SUVs, are evidence of the new mainstream urban SUV’s rugged character.

They also emphasise its elegant attributes and high level of quality. As is the case with the KODIAQ

and the KAROQ, the company’s SUV design language featured on the model enhances ŠKODA’s

regarding concept, design and features of newly developed models. The radiator grille and

headlights form one unit. The lower side panels flow towards the rear, thereby intensifying the car’s

ŠKODA’s SUV strategy is key to the brand’s growth. With an SUV market share of over 30 per cent

in the first quarter, ŠKODA plays an important role in the Chinese market. Now, the third ŠKODA

SUV is ready to be launched and will be celebrating its debut at the 2018 Beijing Motor Show.

China is ŠKODA’s strongest single market in the world; one in every four cars is sold here. In 2017

the car manufacturer increased deliveries in China by 2.5 per cent to 325,000 vehicles. This makes

last year ŠKODA’s best year to date after having re-entered the Chinese market in 2007.

The foundations for ŠKODA’s future profitable growth in China were laid, when representatives of

is to expand the model range, for example by adding several SUVs and vehicles with alternative