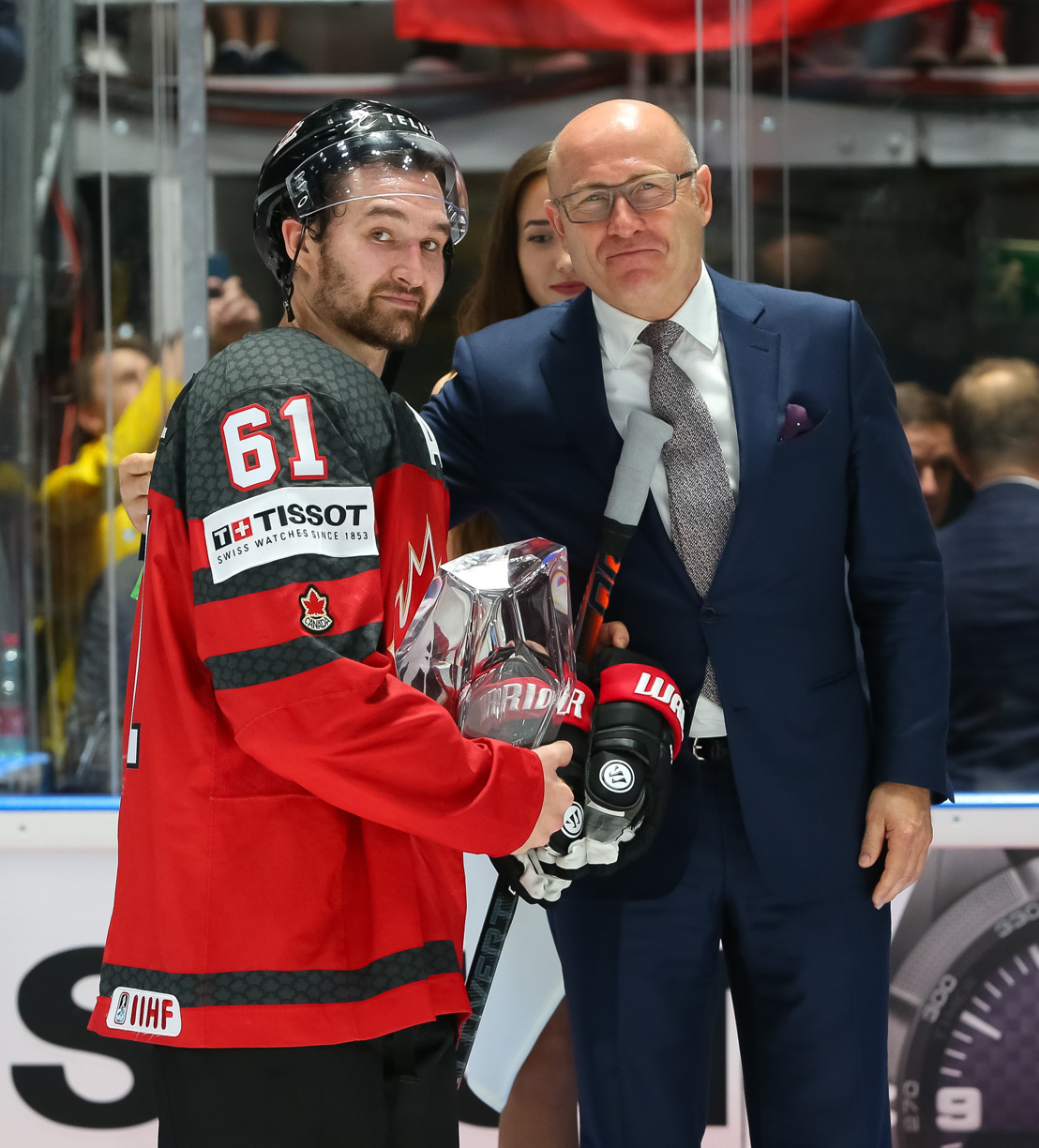 in the Slovak capital, Bratislava. Finland won the world championship title in a thrilling final

Stone. ŠKODA Design created the crystal trophy for the Most Valuable Player of the IIHF Ice

Hockey World Championship for the second time in a row.

The IIHF Ice Hockey World Championship 2019 took place in Slovakia from 10 to 26 May. For the 27th

time in a row, SKODA AUTO supported the event as the official main sponsor and therefore continues

to hold the record for the longest main sponsorship in the history of world sports championships.

Just as last year, ŠKODA AUTO provided another highlight in the form of a spectacular trophy for the

in the shape of an ice crystal was created by ŠKODA Design. It draws inspiration from the traditional

Czech glass craftsmanship that is also reflected in the design of ŠKODA’s current models.

trophy to the Most Valuable Player of the World Cup following the final match, Mark Stone from

ŠKODA: The car manufacturer used the event for a world premiere, presenting the comprehensively

revised top model ŠKODA SUPERB on 23 May, the day of the quarter-finals. ŠKODA also entered the

era of electromobility: With the SUPERB iV, ŠKODA presented a variant of the top model with plug-in

hybrid drive for the first time, as well as the all-electric ŠKODA CITIGOe iV, the first 100% batterypowered

vehicle in the company’s long history.

Over the course of the World Championship, more than 472,600 fans flocked to the arenas in

Bratislava and Košice to support their teams and watch the matches live. Added to that, more than 1,2

billion people worldwide tuned in to watch the matches on TV and the Internet. ŠKODA was

prominently represented as the partner to the fastest team sport in the world; the car manufacturer’s

logo could be seen on the boards and the centre circle. The car manufacturer also presented three

As the mobility partner, ŠKODA also provided the organisers with 50 specially branded vehicles, this

time mainly using the SUV models KODIAQ and KAROQ in the vehicle fleet. ŠKODA has been

supporting the IIHF Ice Hockey World Championship as a mobility partner since 1992.

ŠKODA was once again the exclusive partner of the IIHF App. The smartphone application for the

statistics. Thanks to the live ticker, which features a goal alert, fans did not miss any of the action.

Users could also predict the outcome of the game in the betting game and share it with friends.