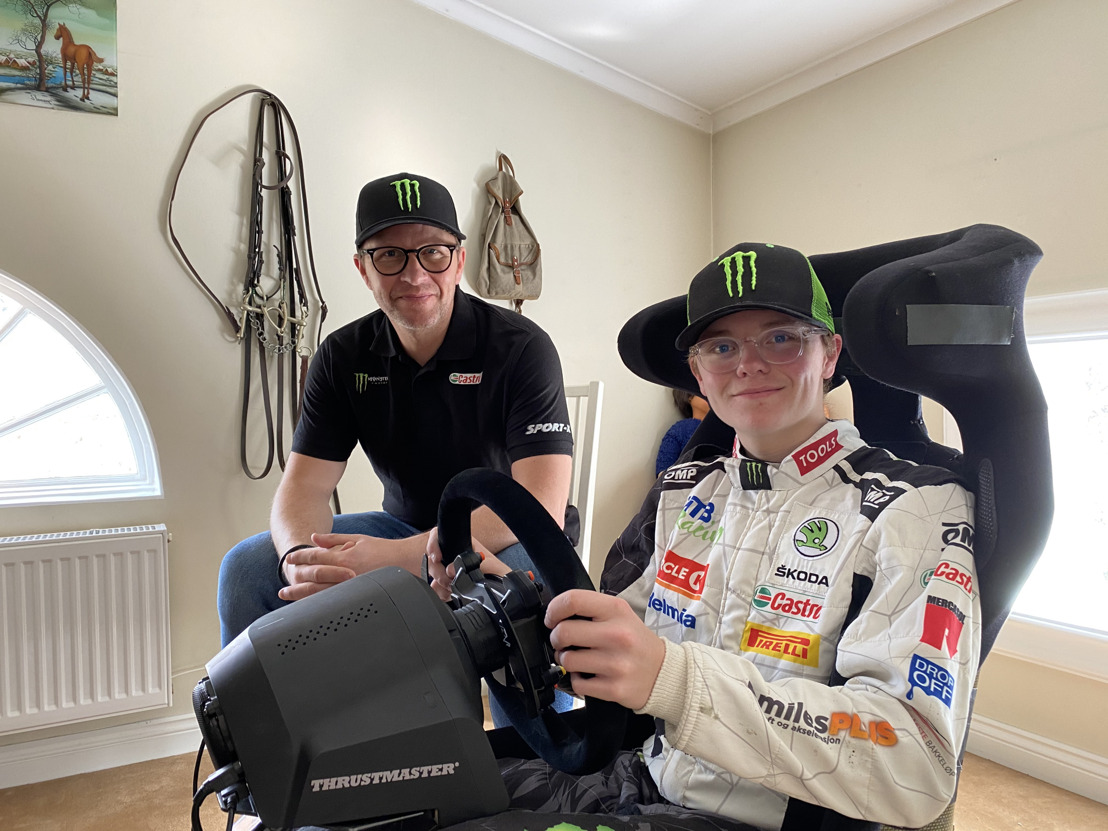 Mladá Boleslav, 14. April 2020 – How rally drivers deal with the actual competition break caused by the Coronavirus crisis? No surprise – instead of enjoying a pure sabbatical, they are working hard on their physical and mental fitness to be prepared once the action resumes for example in the FIA World Rally Championship. The factory supported Swedish ŠKODA privateer Oliver Solberg, his navigator Aaron Johnston from Ireland and Jan Kopecký (CZE), WRC2 Champion 2018, are using the time at home to stay in top form.

For a rally driver like Oliver Solberg, the Corona crisis is no excuse to become a couch potato. The 18 years old is currently at home with his family in Torsby in Sweden. But even there he is constantly working on his mental and physical fitness. To keep mind and body focussed, he can not only rely on the always helpful coaching advice from his father Petter, who was World Rally Champion back in 2003. Solberg Junior also turns to a variety of indoor activities. To hone his reflexes, he started #TheSolbergRACE on the internet. Eventually 4,420 competitors from all over the world took on the talented young driver in a virtual rally competition.

But the ŠKODA supported privateer also works permanently on his physical fitness. For example, table tennis can be played indoors; a gym allows the strengthening of muscles. Outside the family home, running through the country side can be easily done. Jan Kopecký plays a major role in the test and improvement program of the ŠKODA FABIA Rally2 evo for ŠKODA Motorsport. He will compete for ŠKODA in the Czech Rally Championship and is during the competition break as well focussed on his mental and physical fitness.

Physical fitness essential in the world of motorsports

But why do rally drivers have to be physically fit at all? To an outsider it may look like driver and co-driver are “just sitting in the car”. To be able to drive fast during long rally days, a driver first of all needs to be totally concentrated. Physical strength therefore is an important element in order to keep that concentration, on tarmac with high cornering speed and on gravel with all the bumps, dust and heat as well.

To manage high cornering speeds with a helmet on, having strong neck muscles is quite helpful, special if driver and co-driver want to keep doing that for three or more days in a row. Doing related exercises in the gym is never wrong – just ask Oliver Solberg or Jan Kopecký.

Probably the most important factor is endurance when professional drivers are thinking about their exercise regimen. That’s why a good training should consist of cycling, long-distance runs, rowing or low-resistance, high-repetition drills as well as exercises that enhance stability and agility, which is important to keep proper control and reflexes at the wheel of a rally car.

Concerning nutrition, it’s never wrong for both driver and co-driver to take care about their body mass. As weight always is a factor in motorsports, the crew should be as light as possible. Gaining too much muscle would go against that. So, drivers tend to focus on endurance training and building strength only on body parts where really needed. The specific training regimen and a special nutrition vary individually from driver to driver, though.

While the ŠKODA FABIA Rally2 evo are ready to race, waiting in ŠKODA Motorsport’s workshop in Mladá Boleslav for the action to resume when circumstances allow, Oliver Solberg, Aaron Johnston and Jan Kopecký keep themselves in perfect shape as well.

The calendar of the 2020 FIA World Rally Championship Event Date

ŠKODA has been successful on the motorsport scene since 1901. Be it on the circuit or in rallies, ŠKODA has celebrated victories and won titles all around the world. Historical highlights include winning the title in the FIA World Rally Championship (WRC2) for the first time in 2016, numerous title wins in the FIA European Rally Championship (ERC), the FIA Asia-Pacific Rally Championship (APRC) and the Intercontinental Rally Challenge (IRC) as well as the victory in the European Touring Car Championship in 1981. ŠKODA teams have also triumphed in the world’s oldest and most famous rally, taking several class victories in the legendary Monte Carlo, which was first held in 1911.