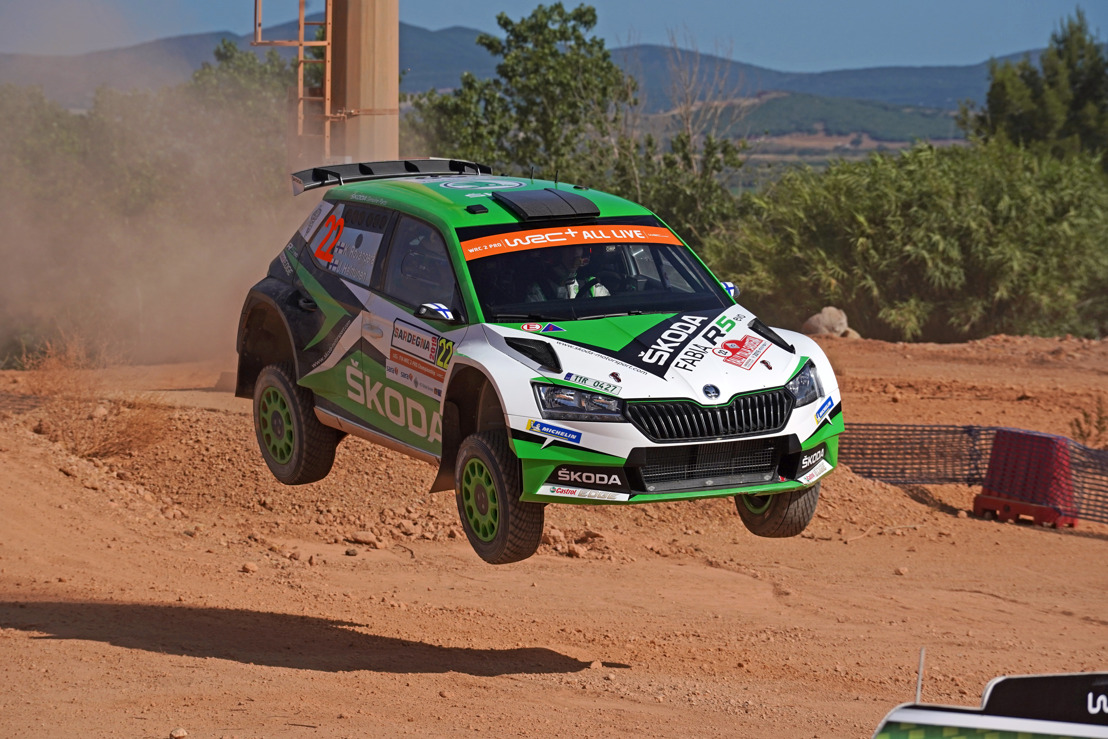 Pro category wins in a row – plus winning Rally Chile with the predecessor model –, Kalle

compatriots is something very special for 18 years old Rovanperä. Last year, he was clearly

the fastest driver of the field of R5 competitors, but a technical mishap eventually relegated

him to fourth place. Instead, ŠKODA privateers Eerik Pietarinen/Juhana Raitanen were the

WRC 2 winners. Now they are aiming for a top result again, for the second time nominated to

score points in the WRC 2 Pro category by ŠKODA Motorsport.

During his first Neste Rally Finland back in 2018, Kalle Rovanperä was 16 times the fastest WRC 2

driver on the 23 special stages. But a suspension issue did cost him a possible win. This year, the

event. “I love to drive this fast and smooth gravel stages in my home country. We had good tests

before the rally and the setup of our ŠKODA FABIA R5 evo works very well. I feel confident with the

car, and that is very important on these fantastic stages,” emphasizes Rovanperä.

they have to be as well cool and smart in front of their home crowd in Finland. I hope, they will

standings of the WRC 2 Pro championship.”

Italy/Sardinia. With a good result from Finland, they even could move into the overall lead of the

Boleslav picked up the very first ŠKODA FABIA R5 evo delivered to a customer. In Finland

Pietarinen will drive the car for the first time. “I have good memories of my victory last year, and I

cannot wait to drive the new FABIA,” is the young Finn looking forward to the upcoming ninth round

of the FIA World Rally Championship 2019.

smooth gravel roads. A unique feature are the countless jumps – some passages really resemble a

roller coaster. Due to the high-speed passages, the Finnish round of the FIA World Rally

Championship 2019 unofficially carries the subtitle “Finnish Gravel Grand Prix”. After kicking off on

service park, the Friday leg will run over ten special stages of around 126 kilometres. The longest

day of the rally will be the Saturday with eight special stages totalling nearly 133 kilometres. Like

last year, Sunday will bring the final decision with four stages. The winners will reach the podium in

...the event first took place in 1951 under the name “Jyväskilän Suurajot”?

Kynsilehto, who with legendary British motoring journalist Martin Holmes on the co-driver’s seat

flew 72 metres? Unfortunately, there was no road on the car’s landing point and they rolled four

…the rally ending Power Stage, the eleven kilometres of “Ruuhimäki”, according to the event

organizers, will have a real flying finish with a so called “monster jump”?

…Finnish drivers won 55 out of the so far 68 editions of their home round?