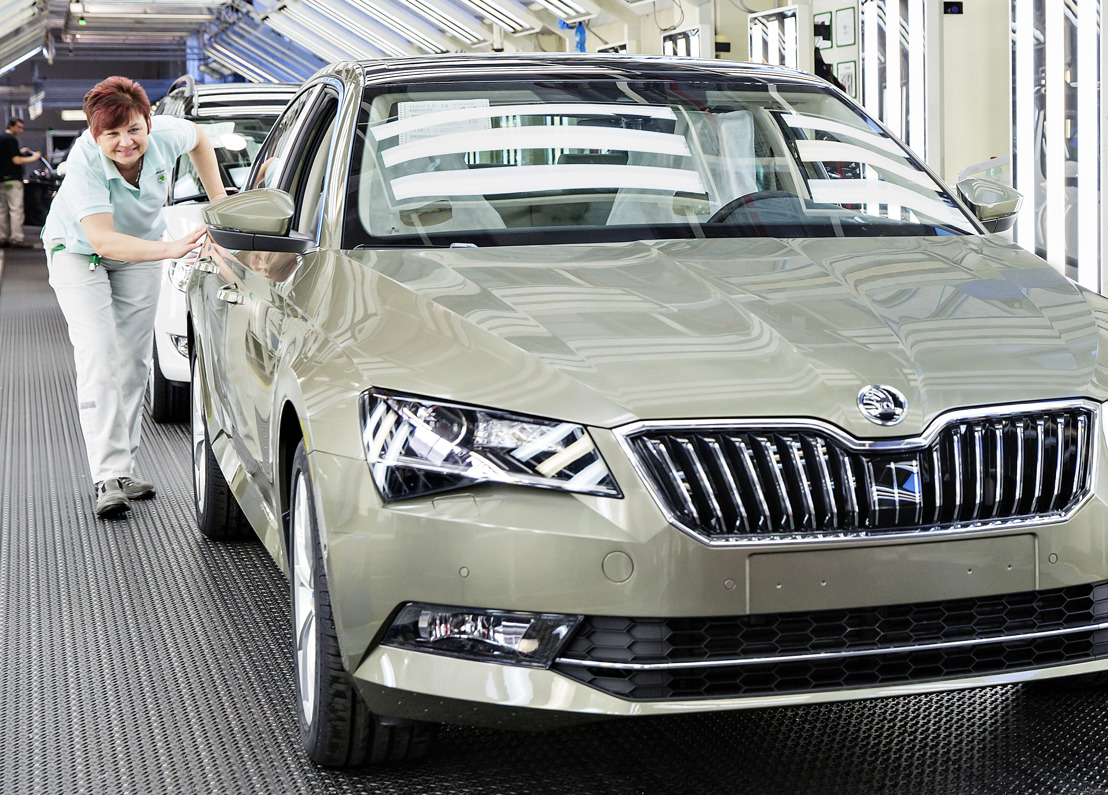 production line in Kvasiny. The ŠKODA flagship ushered in a new era for the brand when its

production started in March 2015 – with this SUPERB, the Czech carmaker launched the largest

model campaign in its history. To date, the brand’s top model does not fail to impress

customers all over the world.

Michael Oeljeklaus, ŠKODA AUTO Board Member for Production and Logistics, said, “Today, we have

half a million reasons to be proud. The production milestone is great evidence of the ŠKODA

SUPERB’s continued popularity. With its design and technological qualities as well as unbeatable

amount of interior space, we have been substantiating the brand’s aspiration in the mid-size car

segment for four years. The SUPERB – which is now produced at five different factories – ranks

among the best and most successful mid-size cars, and the brand owes a large proportion of its

The ŠKODA SUPERB’s production figures emphasise the success of the brand’s flagship: After the

model have left the assembly line since 2001. In 2019, the SUPERB will start the second half of its

model cycle with a comprehensive upgrade and a new plug-in-hybrid version.

The success story of the SUPERB model range dates back to 1934, when the ŠKODA 640 SUPERB

was launched. It was derived from the Latin word ‘superbus’, meaning ‘marvellous’, ‘outstanding’ or

‘magnificent’. The name has always been synonymous with the most supreme of ŠKODAs and – until

In 2001, ten years after becoming part of Volkswagen Group, the Czech brand took up the name rich

in heritage once again, and re-entered the mid-size car segment with the first generation of the

modern-era ŠKODA SUPERB. Back then, it was the brand’s third model range, alongside the

OCTAVIA and the FABIA, and impressed customers with its modern technology and generous amount

In 2008, the second-generation ŠKODA SUPERB made its worldwide debut at the Geneva Motor

Show. The new model was impressive, boasting even more space, an elegant appearance and

supreme workmanship. What’s more, the SUPERB was now available with all-wheel drive for the first

And in 2015, the Czech carmaker set new benchmarks when launching the current SUPERB. In just

four years, half a million third-generation models have been created. 358,200 of these were made in

Kvasiny alone. Another four production sites have been added since the car was launched:

Today, the SUPERB ranks among the best and most successful mid-size cars across Europe and has