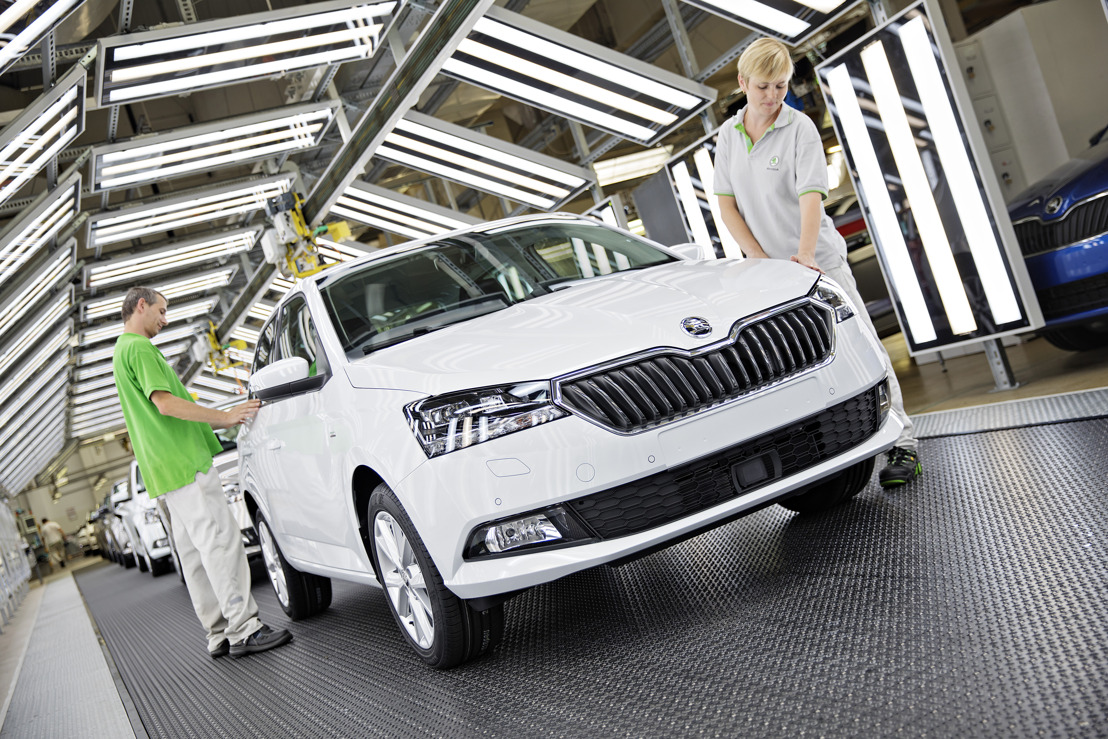 ŠKODA FABIA. The first unit of the revised bestseller has rolled off the production line at the

main plant in Mladá Boleslav. The small car impresses with an even more attractive design

for the front and rear, including LED lights as well as state-of-the-art technology for comfort

and safety. Reliable and efficient 1.0-litre engines make the car even more enjoyable to

“Production of the ŠKODA FABIA began almost 20 years ago in Mladá Boleslav. The latest version

standards at ŠKODA’s main plant. We have given the ŠKODA FABIA a comprehensive facelift.

With its new design and technological features, it is now fit for the future.”

Since 1999, the ŠKODA FABIA has been one of the most popular model ranges from the longestablished

500,000th third-generation FABIA left the factory in Mladá Boleslav. After the OCTAVIA, the ŠKODA

FABIA is the brand’s second-bestselling model today with more than 4.1 million vehicles delivered.

ŠKODA is offering the small car in two body variants, the FABIA hatchback and the FABIA COMBI.

Germany is the most significant sales market for the ŠKODA FABIA. Since the launch of its first

With 540,300 deliveries, the ŠKODA FABIA’s home market – the Czech Republic – follows in

second place. The United Kingdom is in third place with 335,200 vehicles delivered so far and

Poland in fourth with 314,000. Whilst 78% of customers in the United Kingdom opted for the

hatchback model, the FABIA COMBI is particularly sought-after in the Czech Republic – just like in

Germany, this version accounted for 43% of vehicles delivered.

The ŠKODA FABIA is expected to continue this success story with several new features. For

(60 PS) and 55 kW (75 PS) respectively. Due to their advanced technology including turbocharger

engines are equipped with petrol particulate filters. The most powerful of the four engines can be

New design highlights at the front and rear give the ŠKODA FABIA a fresh look. For the first time,

the small car is available with LED headlights and LED tail lights. The redesigned instrument

cluster, refined decorative strips on the dashboard and the two-tone seat covers create the same

are usually only found in higher vehicle segments, improve safety and are available in the ŠKODA

FABIA for the first time.