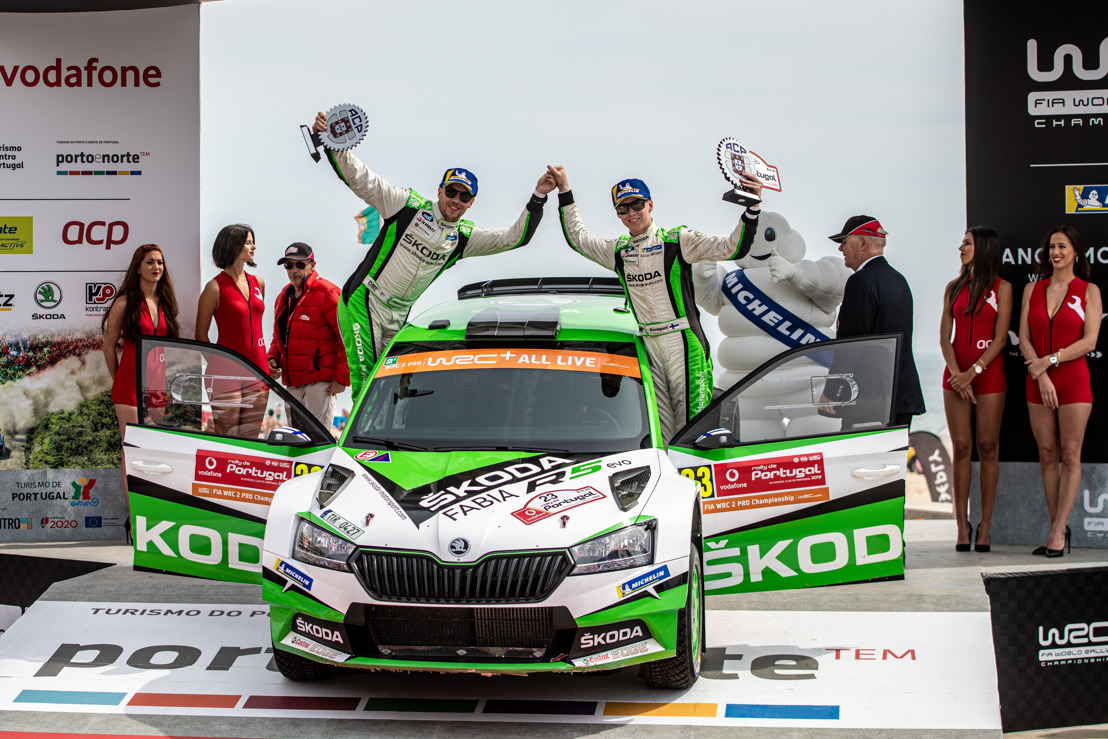 History repeated at Rally Portugal: In 2015, the first generation ŠKODA FABIA R5 celebrated a
successful debut at the Portuguese round of the FIA World Rally Championship. Exactly four years
later at the same event, the successor ŠKODA FABIA R5 evo was unbeatable among the initially
32 entries strong field of R5 cars. Only a puncture during the fourth special stage prevented Kalle
Rovanperä and co-driver Jonne Halttunen from leading the WRC 2 Pro category from start to finish.
Only four stages later, he regained the top position, which he eventually defended until the finish
line in Matosinhos close to Porto.

“The car felt really great, it was such a pleasure to drive it. The most important thing on the final day
was not to lose the concentration and to control the lead,” Rovanperä confessed and added:
“Honestly, it’s not so much fun to drive with a one minute lead – it’s harder than to drive flat out. But
today, we could enjoy the stages.”

Rovanperä’s teammates Jan Kopecký/Pavel Dresler had given the new ŠKODA FABIA R5 evo its
maiden win on tarmac in the Czech Rally Championship two weeks ago. Having not driven
competitively on gravel roads since last year’s Rally Spain, the two Czechs in Portugal also
delivered a great performance by finishing second of the WRC 2 Pro category: “Having done the
majority of the tests with our new rally car, I am delighted to see how well it works on tarmac and
gravel. I know that today we just had to get to the finish, but we did our best to have fun in the car,”
said reigning WRC 2 champion Jan Kopecký.

In the overall result, Rovanperä even climbed to sixth among the much more powerful World Rally
Cars, again followed by teammate Kopecký in eight. ŠKODA Motorsport boss Michal Hrabánek was
delighted. “What a great debut of our new ŠKODA FABIA R5 evo,” he said. “All the development
and testing paid off. I am very proud of Kalle, Jan and the whole ŠKODA Motorsport team.”