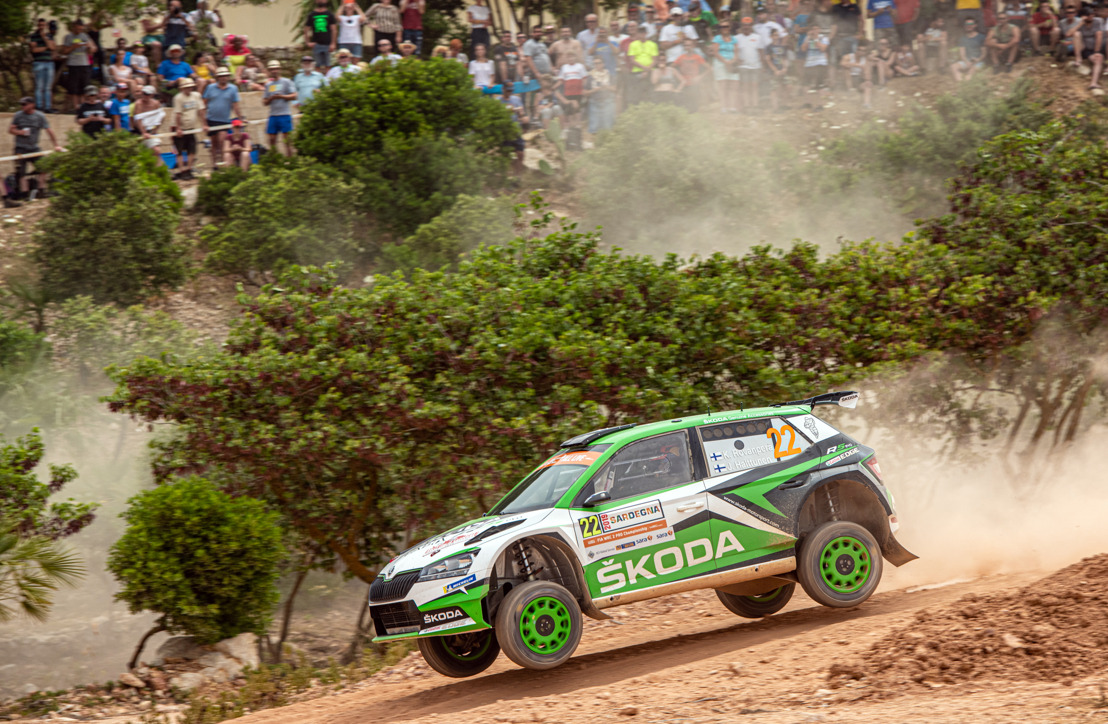 eleventh round of the FIA World Rally Championship, the Rally Turkey Marmaris (12/09/–

the category at the toughest WRC gravel event last year, they are fighting to score maximum

points for ŠKODA Motorsport in the WRC 2 Pro manufacturers’ championship. Since

homologation in April 2019, the ŠKODA FABIA R5 evo of the factory team are unbeaten

whenever they appeared in competition.

The area around the holiday resort of Marmaris impressed with tough gravel roads, which proved to

be a real test for men and machines. “On some stages, it was just about to survive and bring the

car in one piece to the finish. But I have good memories looking back on last year’s event. By

winning the category, I could lay a cornerstone for my 2018 WRC 2 title win”, says Jan Kopecký,

Overall, ŠKODA works crew Kalle Rovanperä and Jonne Halttunen is in a commanding lead of the

WRC 2 Pro category after four category wins, two second places and one third position. “I have a

big respect towards the tough gravel roads of Turkey, which I know so far only from studying video

footage. It looks like it is all about avoiding punctures. But the new ŠKODA FABIA R5 evo already

Italy/Sardinia. Of course, I wish to win, but I know Jan and Pavel will sell their lives dearly,”

Rovanperä says. Rally Turkey will be the 25th start for Kalle Rovanperä and Jonne Halttunen

show stage in downtown Marmaris. Friday (13 September) features the longest leg of the rally with

kilometres. After 17 tests totalling 310.10 kilometres, the winner will reach the podium in Marmaris

entries by far the strongest brand.

...that Turkey held its first international rally back in 1972, starting and finishing in Istanbul?

…that in 1999, the idea of creating an all-new event as WRC candidate was born and the first Rally

…that Rally Turkey, based in Antalya/Kemer, debuted in 2003 as part of the FIA World Rally

Championship with only 26 of 60 entries finishing?

…that in 2010 the rally moved to the region near Istanbul and left the championship afterwards,

returning to the WRC calendar in 2018 as a replacement for Rally Poland?