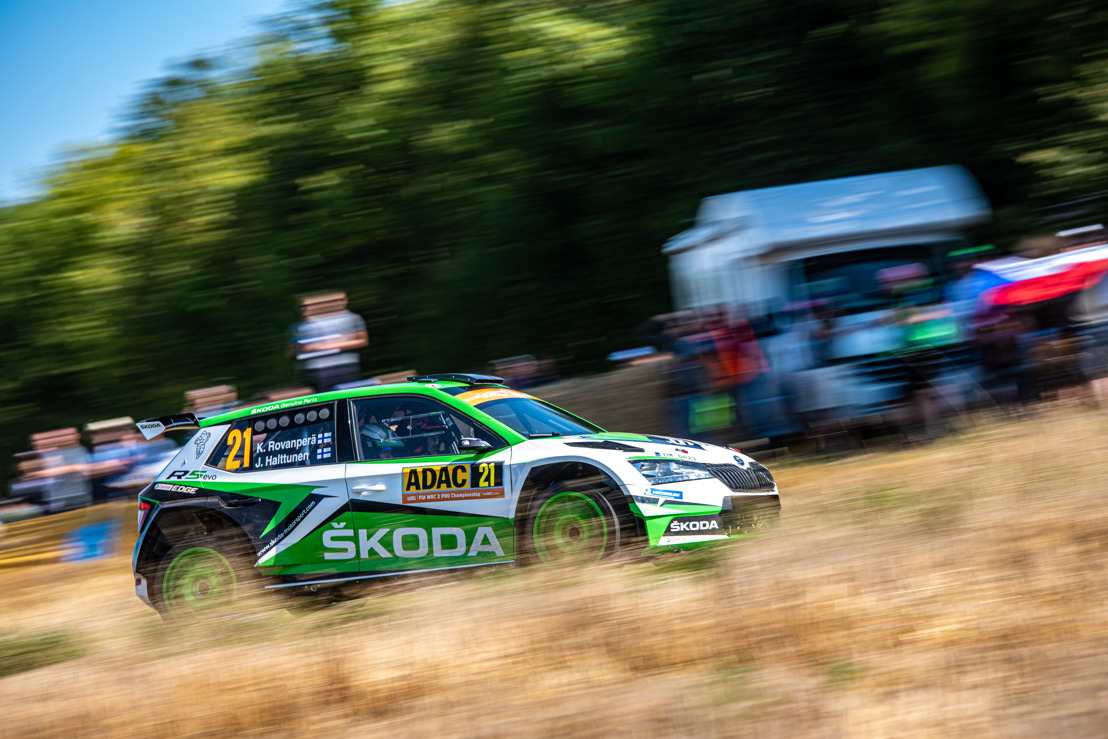 the recent Wales Rally GB. Together with their teammates Jan Kopecký (CZE) and co-driver

manufacturers’ title of the FIA World Rally Championship 2019 as well.

Surrounded by the team of ŠKODA Motorsport on the podium of the recent Wales Rally GB, newly

manufacturers’ title to Mladá Boleslav as well.” The signs are bright and clear. Last year in Spain,

This year, the task is crystal clear for both works crews. They want to secure prematurely the WRC

before Rally Spain the overall championship standings with 53 points from M-Sport Ford.

In the WRC 2 category for private teams, a fierce battle is expected between three ŠKODA crews:

the strongest brand of the category.

The RallyRACC Catalunya-Rally de España, so the full name of the thirteenth round of the FIA

World Rally Championship 2019, offers a special challenge for the crews. The Spanish WRC round

is the championship’s only mixed surface rally. The first leg on Friday (25 October) is held on gravel

roads with some tarmac sections. On Saturday and Sunday (25/26 October), all stages are entirely

run on asphalt. The teams have to face 17 special stages totalling 325.56 kilometres of racing

against the clock. The winner will reach the podium at the rally’s host town Salou in the south of

*subject to the publication of the official results by the FIA

…that on Friday evening the service time is 1:15 hours and thus 30 minutes longer than usual,

allowing the teams to convert the cars from gravel into tarmac spec?

...that RallyRACC Catalunya-Rally de España was first run in 1957, became a round of the