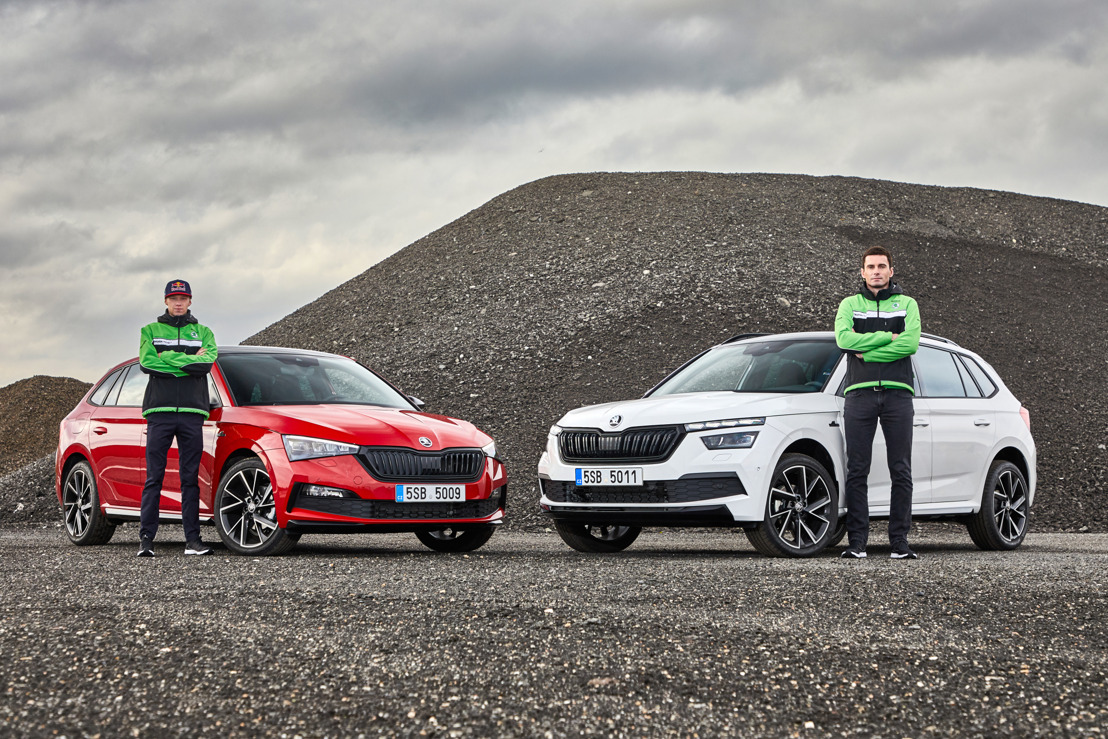 KAMIQ MONTE CARLO an intense workout and select their personal favourite. The two

drivers every inch of the way. Production of the new MONTE CARLO variants at the main

plant in Mladá Boleslav is already under way, and the first customers can look forward to

receiving their vehicles before the end of the fourth quarter of 2019.

Rovanperä, count among the world’s best rally drivers in their class. Czech Jan Kopecký won the

secured his 2019 WRC 2 Pro World Champion title*. During the season’s penultimate race in

Motorsport*. The WRC trophies will be awarded at the grand FIA gala following the end of the

racing season. Meanwhile, both rally drivers jumped at the chance to swap their familiar

“I immediately liked the ŠKODA SCALA MONTE CARLO’s extremely sporty lines. Due to the

different chassis settings, the driver can take full advantage of the superb handling especially on

twisting roads. This is also where the qualities of the seats particularly come into their own. They

cool is that the SCALA is always online and integrates my smartphone without a hitch,” says Kalle

Rovanperä about the SCALA MONTE CARLO.

Jan Kopecký, on the other hand, is quite taken with the KAMIQ MONTE CARLO: “As a family man,

I appreciate having plenty of space. In this respect, the ŠKODA KAMIQ MONTE CARLO meets my

requirements to perfection, while impressing with sporting appeal in its exterior and interior design.

urban areas. And when I want to have a bit more fun on the road without the kids, I can set the

Sports Chassis Control to “Sport” and enjoy an even more agile car at the touch of a button.”

1936. In this context, Monte Carlo not only evokes the splendour and glamour of the Principality of

Monaco, it also refers to the legendary motor racing tradition of the Monte Carlo Rally, an event that

was first held in 1911 and has seen numerous ŠKODA successes over the years. A defining

includes, for example, a ŠKODA grille surround in glossy black for the SCALA MONTE CARLO and

and the vehicle name – as well as the roof railing of the KAMIQ – also have a black finish. In

the same red decorative seams as the leather finish for the gear selector and handbrake lever,

perfectly complementing the LED ambient lighting, which also has a red theme. The ŠKODA

*subject to the publication of the official results by the FIA