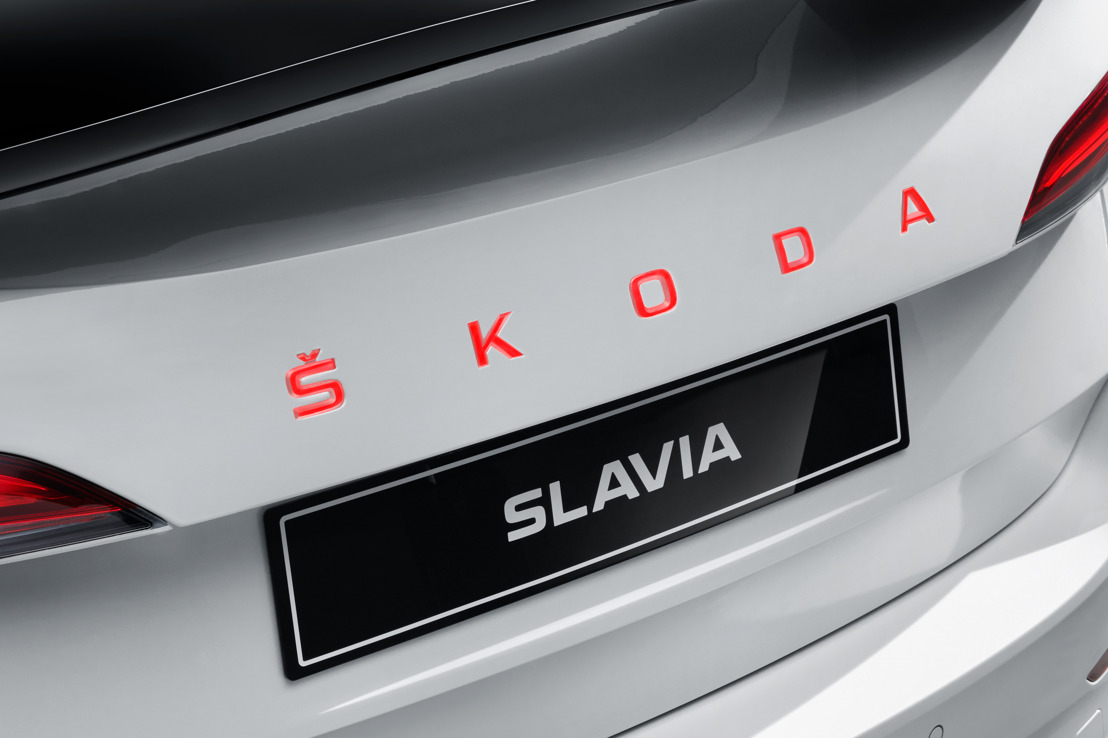 Mladá Boleslav, 9 July 2020 – SCALA becomes SLAVIA: The students of the ŠKODA vocational school involved in the project commemorate the foundation of today’s company ŠKODA AUTO 125 years ago in naming the seventh ŠKODA Student car. Václav Laurin and Václav Klement sold their first collaboratively developed bicycles under the brand name SLAVIA. Now a Spider version of ŠKODA’s compact model SCALA, which for the first time serves as the basis for the ŠKODA Academy project organised annually since 2014, bears this name. The unique model, which was developed and produced by the trainees themselves, will be presented to the public in three weeks.

The seventh ŠKODA student car is called ŠKODA SLAVIA. The emotive spider version of the ŠKODA SCALA recalls the beginnings of the ŠKODA brand. To mark the 125th anniversary of the company’s founding, the students of the ŠKODA Academy are commemorating the birth of the Czech manufacturer with their traditional student car project. The two founding fathers, Václav Laurin and Václav Klement, first opened a bicycle repair workshop in Mladá Boleslav in 1895. Soon after, they began designing their own bicycles, and from 1896 they successfully marketed them under the brand name SLAVIA. The new student car thus breathes new life into a legend from the company’s history.

The historical name fits perfectly with the students’ idea of taking a journey through history with the modern SCALA to a time when automobiles were open-top. A classic spider is wild and unconstrained. Through its consistent openness, the ŠKODA SLAVIA does not conform to conventions and also represents free-thought and the young generation’s carefree attitude. With its roof removed, the SLAVIA offers a particularly intense driving experience. Further specific changes to the bodywork make the Spider appear even sportier than the emotive SCALA.

The tradition of ŠKODA student cars started in 2014, when students of the ŠKODA vocational school in Mladá Boleslav were given the opportunity to plan, develop and build a spectacular concept car. Each one of these concept cars since then has illustrated the creativity and commitment of ŠKODA’s up and coming talent. The ŠKODA Storyboard features portraits of four students who have been involved in previous projects as well as an overview of all previous ŠKODA student cars.

The present-day ŠKODA Academy was founded in 2013. This caters for the training of school graduates and young professionals as well as the development of employees and managers. Following the signing of the memorandum with the KOVO union for the promotion of vocational training in 2014, the ŠKODA Vocational School’s classrooms were modernised. With the support of the KOVO union, ŠKODA AUTO has invested over 300 million Czech korunas in the project in recent years towards modernising the training and equipment at the ŠKODA Academy.

Did you know that...

…SLAVIA comes from the Slavic name Slavia. This name is used for several well-known sports clubs in the Czech Republic, for example for the newly crowned Czech football champions Slavia Prague. Its captain, Jan Bořil, graduated from the ŠKODA vocational school

…the original meaning of the term Slavia is an allegory of Slavism in Slavic mythology. It can also appear in the forms Slavia, Slavie or Slávie