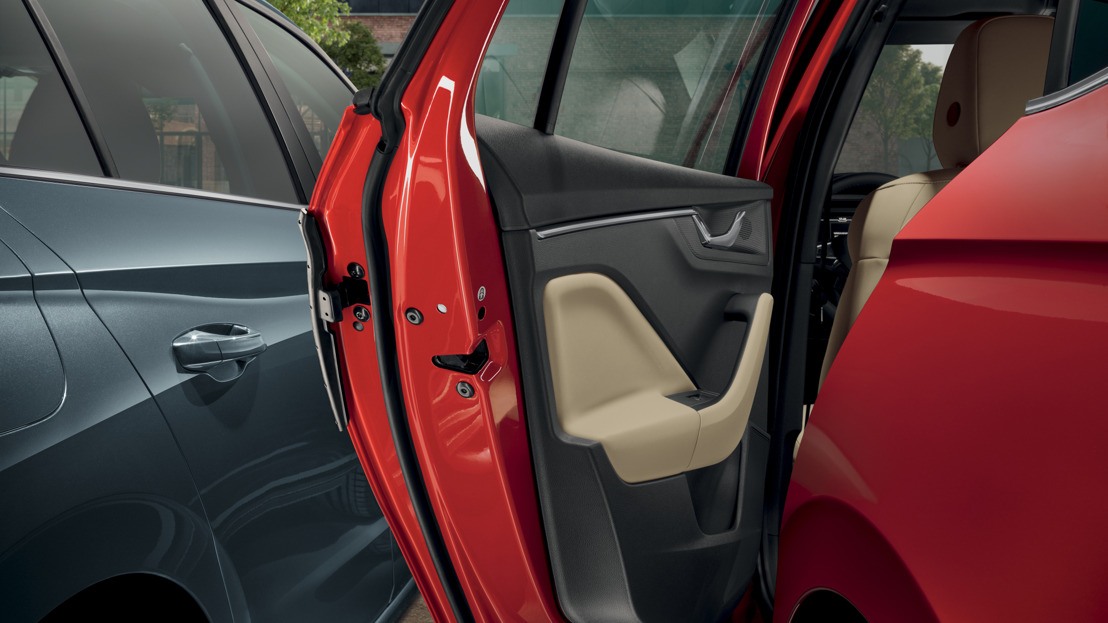 Mladá Boleslav, 26 February 2020 – Innovative technology and inventiveness have been

the hallmarks of ŠKODA cars from the very beginning. Their development has always been

centred around the driver’s needs. Even in its early years, the brand implemented solutions

that were considered ingenious and surprisingly simple. This has not changed over the

decades, but the concept has been perfected and the term ‘Simply Clever’ is now strongly

associated with the brand’s identity. To date, ŠKODA has implemented more than 60 of these

features are important to our customers, which is why we select them according to special criteria.

These solutions are needed by customers and should add real value for ŠKODA drivers. At the same

time they must also be easy to use, work reliably, withstand stress tests, and meet our high safety

The Simply Clever concept dates back to the first-generation SUPERB introduced in 2001. It provided

the debut for the umbrella, which was available as standard or an option. The breakthrough followed

when the ROOMSTER concept car was introduced at the IAA in Frankfurt in 2003. Smart features

such as sliding rear seats and swivel front seats were particularly well-received. The enthusiastic

easier. And ingenuity continues to drive the design engineers. It is often the tiny details that prove

incredibly helpful and practical in everyday life: the umbrella in the driver’s door, the ice scraper in the

The KAMIQ, for example, presents yet another ingenious idea. It is the first model in its segment to be

available with automatic door-edge protection, which protects the car itself as well as vehicles parked

next to it from dents and scratches when opening the doors. The multifunctional shelf under the boot

cover is equally very handy. It is the perfect place to dry out an umbrella, and also allows clothes or

other items to be neatly stored separately.

ŠKODA provides intelligent solutions when it comes to connectivity too. Smartphones and tablets can

be paired with the vehicle wirelessly or via modern USB-C sockets from all seats. A particularly

well-thought-out solution is the multimedia cradle for the centre console, which is a handy place for

a smartphone, car park ticket, some coins and keys. The waste bin with lid in the door trim is

extremely helpful too. This clever feature ensures the interior remains clean and tidy at all times.

The boot can also be kept tidy with ease thanks to the compartment under the false boot floor.

This enables smaller items and equipment that are not constantly needed to be stowed out of sight.

vests, the bungee cord in the door trim, the snow brush stored in the umbrella compartment in the

driver’s door, the retractable parcel shelf, the card holder in the Jumbo Box and the removable LED

torch in the boot.

Practical and easy to use

and easy to use. In other words, they must be functional features that make life easier, whilst being

both simple and affordable. The brand’s considerations are always centred around the driver and their

needs. Many solutions may seem surprisingly simple, but the journey from the initial idea to the

finished product can be a long and sometimes arduous one. After all, every feature has to pass

of the car. And the funnel integrated into the lid of the windscreen washer tank is no exception.

intelligent detail and offering it as a ŠKODA Genuine Accessory for retrofitting.

was transformed into such a smart feature: “Many drivers had experienced it and it wasn’t unknown to

us either: when refilling the windscreen washer tank, some of the liquid would miss and drip through

the engine compartment onto the ground. This is due to screenwash and antifreeze bottles having a

wide neck or the inlet on the car’s container being positioned too low. We discussed numerous options

and examined various technical variants to solve the problem, before eventually coming up with the

optimal solution. The result is now well-known: an innovative lid that turns into a funnel in an instant,

making it easier to refill the windscreen washer tank.”

Simply Clever solutions date back to the 1920s

In 1925, directly following the involvement of the Pilsen-based engineering company at

Laurin & Klement, the LAURIN & KLEMENT / ŠKODA 110 was launched, and the car demonstrated

the brand’s ingenuity even back then. This is because the manufacturer used a uniform ladder-frame

chassis with a wheelbase of 2,950 mm. which was available to customers in four versions with an

enclosed body and one roadster version. In addition to these ŠKODA also offered the model as an

open-top phaeton including up to three rows of seats, the middle row of which could be folded down to

give the rear passengers more legroom. In addition, the windscreen could be folded forward to allow

for a cooling breeze on hot days. There was no need to empty the boot to get to the spare wheel in the

event of a puncture – two spare wheels were mounted at the front, one on either side of the bonnet.

the two-seater commercial vehicle version was even more practical. The car could be quickly

transformed into a four-seater, therefore also making it perfect for family outings at the weekend.

ŠKODA introduced the POPULAR in 1934. It boasted a central tubular frame and transaxle

arrangement (front-mounted engine, gearbox at the rear) to give the driver and front passenger more

legroom. Having originally developed it for the police and customs, the manufacturer would soon also

offer the POPULAR with special winter equipment. Removable skis under the front wheels and snow

chains on the powered rear axle ensured that the car stayed on track and made good progress, even

Mr Soukup, where do all the ŠKODA Simply Clever ideas actually come from?

Martin Soukup: We meticulously analyse the satisfaction surveys completed by our existing and

potential customers. This allows us to find out which features would be useful to them. Then, individual

automotive life even easier. Many suggestions come from our staff too. After all, almost all of us drive

cars and we seek solutions that make driving more comfortable and convenient for everyone.

What happens to all the ideas and suggestions you receive?

Soukup: We start by checking whether the ideas are in line with our brand values. This means that

a suggestion must address customer needs. Then, the proposed solution must be truly beneficial for

the driver and passengers, i.e. it must serve a useful purpose. Finally, the new feature must be easy to

use and work reliably. Before a Simply Clever idea actually goes into production, it has to undergo

numerous endurance and stress tests. And if it meets our high safety standards too, there is nothing to

prevent it from being introduced into production.

How long does all of this take, and how many members of staff are involved in the

Soukup: That varies. Which department deals with it depends on whether it is a convenience or

comfort feature in the interior or a detail under the bonnet, for example. In any case, we work together

proposed features with intention of potentially introducing them into serial production. Finally, Simply

Clever features undergo rigorous endurance and stress tests. This can take anywhere from a few

weeks to several months. We aim to keep coming up with new, clever ideas and therefore enable the

pioneering spirit of our founding fathers to live on.