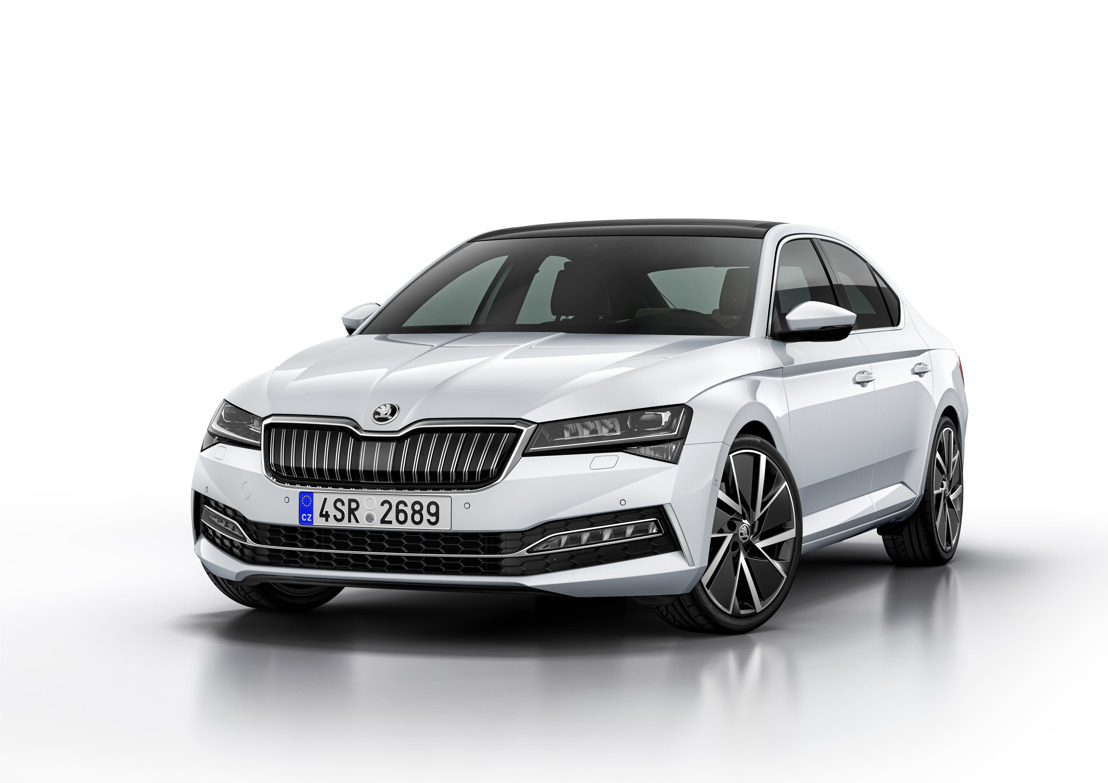 Mladá Boleslav / Frankfurt, 6 September 2019 – This year sees the introduction of the new ŠKODA iV sub-brand and the company’s two first electrified production models – ŠKODA’s first plug-in hybrid, the SUPERB iV, and the CITIGOe iV – the Czech carmaker is thus entering the era of electromobility. In addition to the SUPERB iV, a rugged SUPERB SCOUT has also been added to the portfolio of the recently revised flagship. The SCALA compact car and the KAMIQ city SUV also both come in two new variants: the new, top-of-the-range MONTE CARLO versions exude a sporty lifestyle, and the two new G-TEC variants have been added to ŠKODA’s portfolio of efficient and particularly eco-friendly cars that run on natural gas (CNG). ŠKODA is continuously advancing the implementation of its 2025 Strategy when it comes to digitalisation too: ŠKODA AUTO DigiLab has brought several new digital services onto the market.

Electromobility: ŠKODA has entered a new era by launching its iV sub-brand

In mid-May, the company presented its new iV E-Mobility sub-brand in the Slovakian capital of Bratislava.

There, the manufacturer also showcased the two first electrified production models in its history: the all-electric CITIGOe iV and the SUPERB iV plug-in hybrid, which are both set to make E-Mobility Simply Clever – offering quick charging, long ranges and affordable prices. ŠKODA has thus officially entered the era of electromobility, setting the course for a successful future. Electric components have been produced for Volkswagen Group in Mladá Boleslav since September 2019. At the same time, the brand is supporting the development of an efficient charging infrastructure for electric vehicles – the company plans to have set up 7,000 charging points in and around its plants by 2025, investing 32 million euros to make this happen. What’s more, its staff are being comprehensively prepared for the demands of electromobility too; more than 13,000 employees have already been trained in electric vehicle production.

The ŠKODA SUPERB iV and the ŠKODA CITIGOe iV are the first electrified production models in the company’s 124-year history. From early 2020, the flagship SUPERB will be available as a plug-in hybrid featuring both an efficient petrol engine and an electric motor. The CITIGOe iV is the first ŠKODA production vehicle to be powered exclusively by a 61-kW electric motor. The car effectively has a range of up to 260 km. In addition to being powered purely by a battery, it also does not generate any emissions.

During the targeted product upgrade of the ŠKODA SUPERB four years after the launch of its third generation, the new model has undergone delicate visual changes and, above all, has been equipped with new technologies. It will now also be available as a rugged SCOUT version for the first time. One technological highlight is the new, full LED Matrix headlights. The ŠKODA SUPERB SCOUT, which is exclusively available as an estate, provides the perfect combination of off-road virtues – such as rugged body enhancements, allwheel drive and a Rough-Road package offering increased ground clearance – and the elegance of a multifunctional lifestyle estate as well as all the advantages of the SUPERB family.

MONTE CARLO and G-TEC: new variants for the SCALA and KAMIQ

By adding a MONTE CARLO version for the SCALA and the KAMIQ, the Czech brand is expanding its range of sporty lifestyle variants in the compact car and city SUV segments. Both cars appear sportier thanks to striking black design features and come with an even better range of equipment. The SCALA G-TEC and the KAMIQ G-TEC will be added to ŠKODA’s portfolio of particularly eco-friendly and efficient CNG variants by the end of the year too. At the IAA 2019 in Frankfurt, ŠKODA will be presenting close-to-production studies of the SCALA G-TEC and KAMIQ G-TEC.

ŠKODA AUTO DigiLab serves as a key instrument and driving force of many digital innovation processes. These innovation workshops, based in Prague, Tel Aviv and Beijing, enhance the brand’s development expertise in terms of digitalisation. Some of the many projects include CareDriver mobility and social care service for children, the elderly and those with disabilities, the e-scooter sharing service BeRider in Prague or WeShare. WeShare is an electric car-sharing service, thus offering emission-free and sustainable urban mobility. By doing so, WeShare is helping to make cities cleaner and quieter as well as to create more living space for everyone. The WeShare service was successfully launched in June 2019 in Berlin by VW and, in collaboration with ŠKODA, will be brought to Prague in 2020.