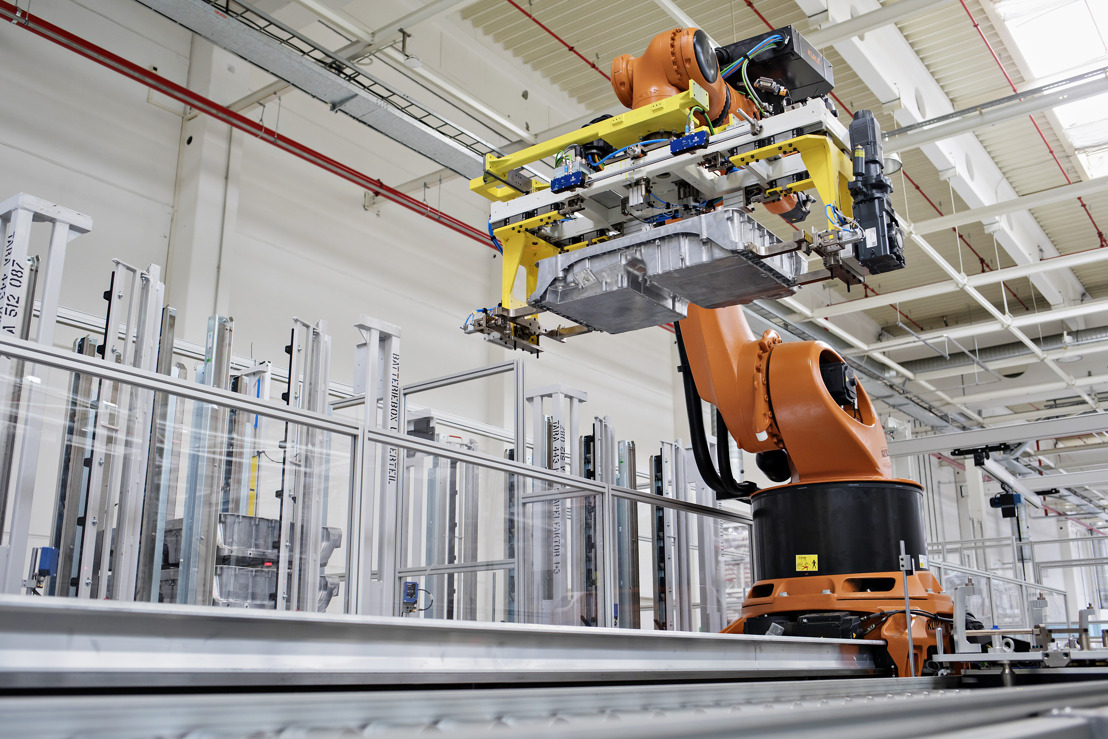 Michael Oeljeklaus, ŠKODA AUTO Board Member for Production and Logistics, emphasised, “In

November 2017, Volkswagen Group decided to task ŠKODA AUTO with the production of electric

components for plug-in hybrid cars – a massive expression of trust. In the meantime, we have taken

the required measures and rigorously executed the task. The high-voltage batteries, made in Mladá

plug-in hybrids that are based on the MQB platform. The battery packs will be used in the ŠKODA

SUPERB iV, for example. Production of this model is starting in September 2019 at the Kvasiny plant.

years ago, the brand started preparing the Mladá Boleslav plant for the manufacturing of electric

components. Over the next few years, ŠKODA AUTO will increase its initial production capacity of

Christian Bleiel, Head of Component Production at ŠKODA AUTO, said, “For us, this production of

battery systems, which is very technologically challenging, is an important step in our switch to

electromobility. We will further expand the production of electric components. In developing the

expertise required for this, we are making use of the exchange of information between experts within

our overarching Volkswagen Group Components network. This bundles together knowledge of

everything from battery cells to recycling.”

Around 200 staff work, either directly or indirectly, in electric component production. Battery systems

are not only assembled on the production line, they are also tested and charged there before being

installed in the vehicles.

Working alongside company employees, 13 KUKA robots with load capacities ranging from 210 to

500 kg are used on the production line. Most of these machines transport particularly heavy or bulky

components. They deliver the battery modules to the assembly line, for example, and load the finished

batteries onto transport pallets. Other robots quickly mount the battery modules or cover, which has

When preparing for high-voltage battery production, ŠKODA AUTO not only worked on new production

technologies but also on other electricity-related topics, including work safety, fire prevention, quality

and many electronic parts are very sensitive to electrostatic discharge. ŠKODA AUTO also made

damaged batteries have been implemented.