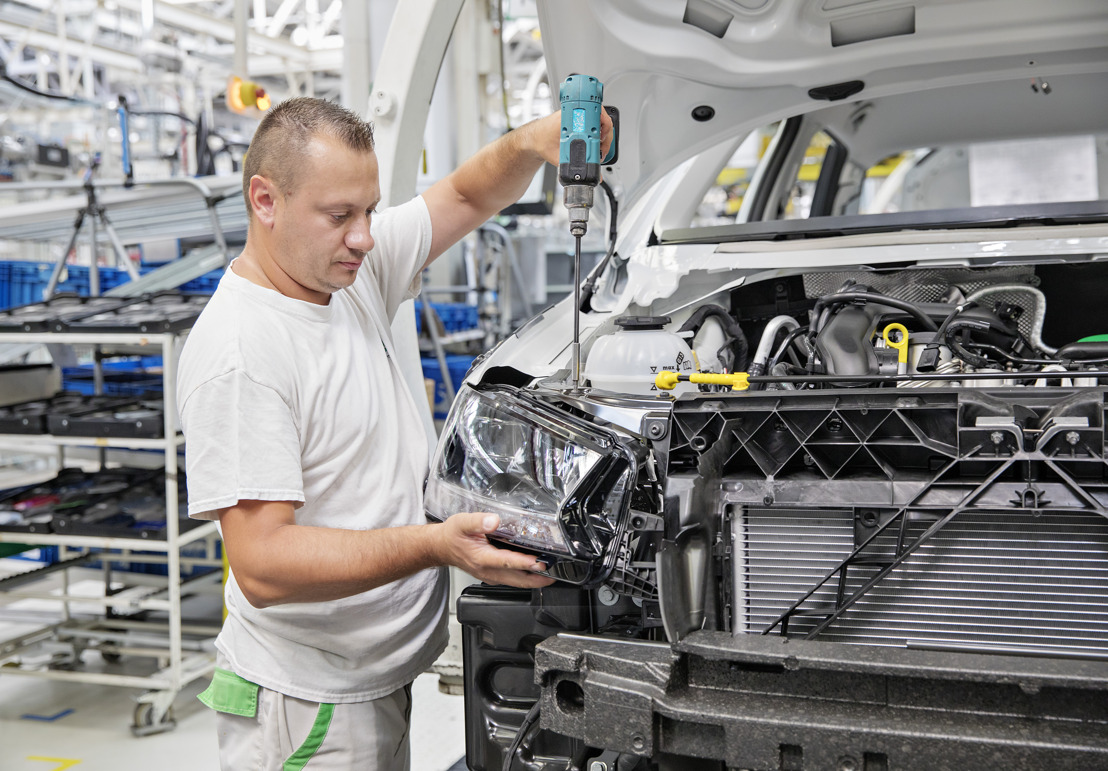 production lines at the Mladá Boleslav and Kvasiny factories. This result corresponds to an

consistently modernizing and expanding the Czech production sites. In order to secure the

long-term future of the automotive sector in the Czech Republic, the manufacturer plans to

invest two billion euros in electromobility and new mobility services by 2025. With an

long-term infrastructure projects to boost the attractiveness of the region.

Michael Oeljeklaus, ŠKODA AUTO Board Member for Production and Logistics, emphasizes: “The

automotive industry is by far the most important economic sector for the Czech Republic. It

accounted for around 25 percent of all Czech exports in 2018. We are proud of the fact that the

the Czech Republic rolled off our production lines last year.”

record is a credit to our employees’ skills and flexibility at the Czech sites. Their outstanding

brand’s best-selling model, the OCTAVIA, in Mladá Boleslav. 258,000 units in the model series

were built at this plant in 2018. In addition to the compact model, the KAROQ, FABIA and RAPID

models are produced at the main factory. The car manufacturer produces the ŠKODA SUPERB

and the SUV models KODIAQ and KAROQ in Kvasiny. In May 2018, ŠKODA expanded its

13.5 million euros. This year, the series production of the ŠKODA SUPERB with plug-in hybrid drive

will be launched at this location.

At Vrchlabí, the company's state-of-the-art component plant, the manufacturer produced in 2018

around 538,760 units of the modern automatic transmission DQ 200, which is used in numerous

vehicles of the Volkswagen Group. Additional components are produced in Mladá Boleslav as well.

As one of the largest employers in the country, ŠKODA AUTO also invests in regional infrastructure

projects at its production sites in order to increase the attractiveness of the respective regions. For

example, the car manufacturer has established an endowment fund for Mladá Boleslav, providing it

with initial capital of 30 million euros. This money is available for projects aimed at strengthening

are to be invested in the development of electric vehicles and new mobility services. The batterypowered