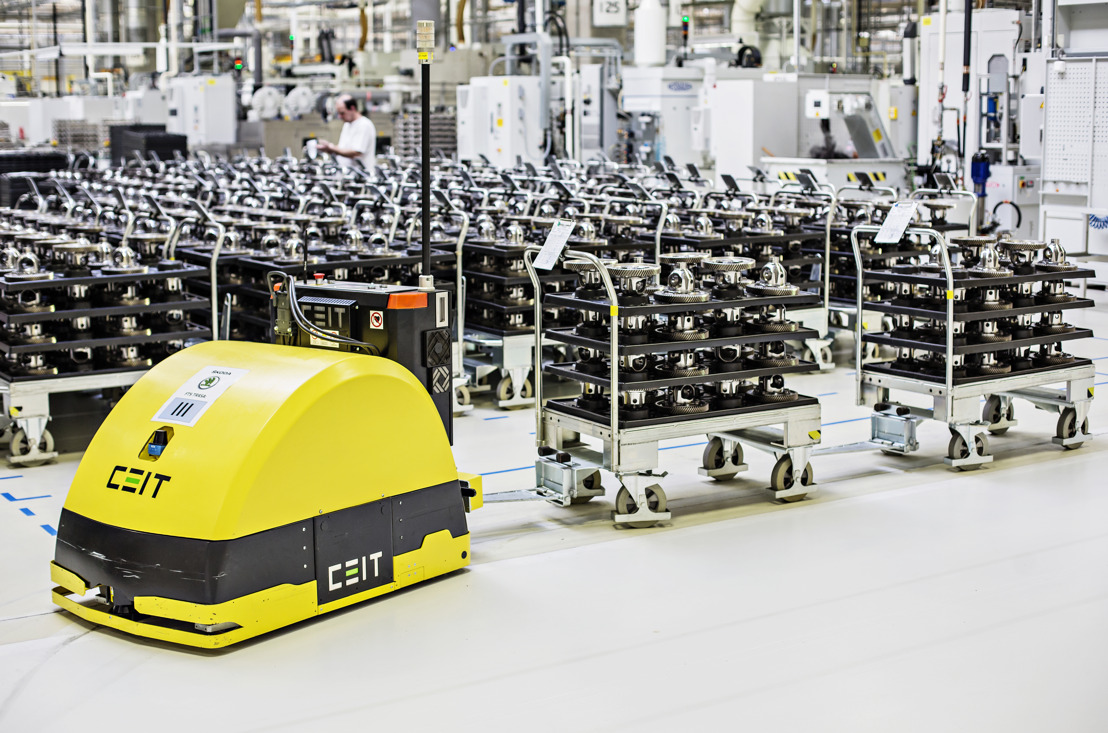 Mladá Boleslav/Vrchlabí, 19 October 2017 – ŠKODA AUTO has produced 10 million gearboxes. These are used in ŠKODA models as well as other brands in the Volkswagen Group. Around 1700 people are currently employed in gearbox production at Mladá Boleslav and Vrchlabí.

"Producing ten million transmissions underscores the competitiveness of our component manufacturing," says SKODA Board Member for Production Michael Oeljeklaus, adding: "The transmissions built in Mladá Boleslav and the DSG gearboxes produced in Vrchlabí boast the highest quality and reliability in daily use by millions of drivers."

The MQ 200 gearbox has been running off the production lines in Mladá Boleslav since 2000. It is used in petrol engines with displacements of 1.0 to 1.6 litres. These include current ŠKODA vehicles, as well as models made by Volkswagen, Audi and Seat. The production volume for the MQ 200 is currently around 1900 units per day; more than 6.5 million gearboxes of this type have been produced already.

In addition to manual transmissions, ŠKODA AUTO also produces the automatic dual clutch transmission (DSG). The DQ200 seven-speed dual-clutch gearbox is one of the most modern gearboxes of its kind in the automotive industry. Today the Vrchlabí workforce produces around 2100 units of this gearbox type every day, recently passing the 1.8 million mark. Cooperating robots are used for the production of DSG transmissions at the Vrchlabí plant. They support the employees in one of the most sensitive tasks in transmission manufacturing – inserting the gear actuator piston. A handling robot is also used, which can supply dozens of machines with parts and take empty containers back to the warehouse.

In 2012, the Vrchlabí site was transformed from a vehicle construction plant to an ultra-modern component manufacturing location. Within 18 months, a new factory was built and the existing production halls were modernized. The factory was awarded the European title ‘Factory of the Year 2015’ two years ago. The rapid changeover from a vehicle construction site to a component plant won it the title ‘Factory of the Year’ in the category ‘Outstanding location development’. Additional awards followed.

"The plant in Vrchlabí is now one of the most important DSG plants in the Volkswagen Group", says ŠKODA Head of Component Manufacturing Frank Engel. "Our awards fill us with pride, but at the same time, they represent an obligation. I am convinced that thanks to the expertise, commitment and high flexibility of the local workforce, the Vrchlabí plant has a great future."