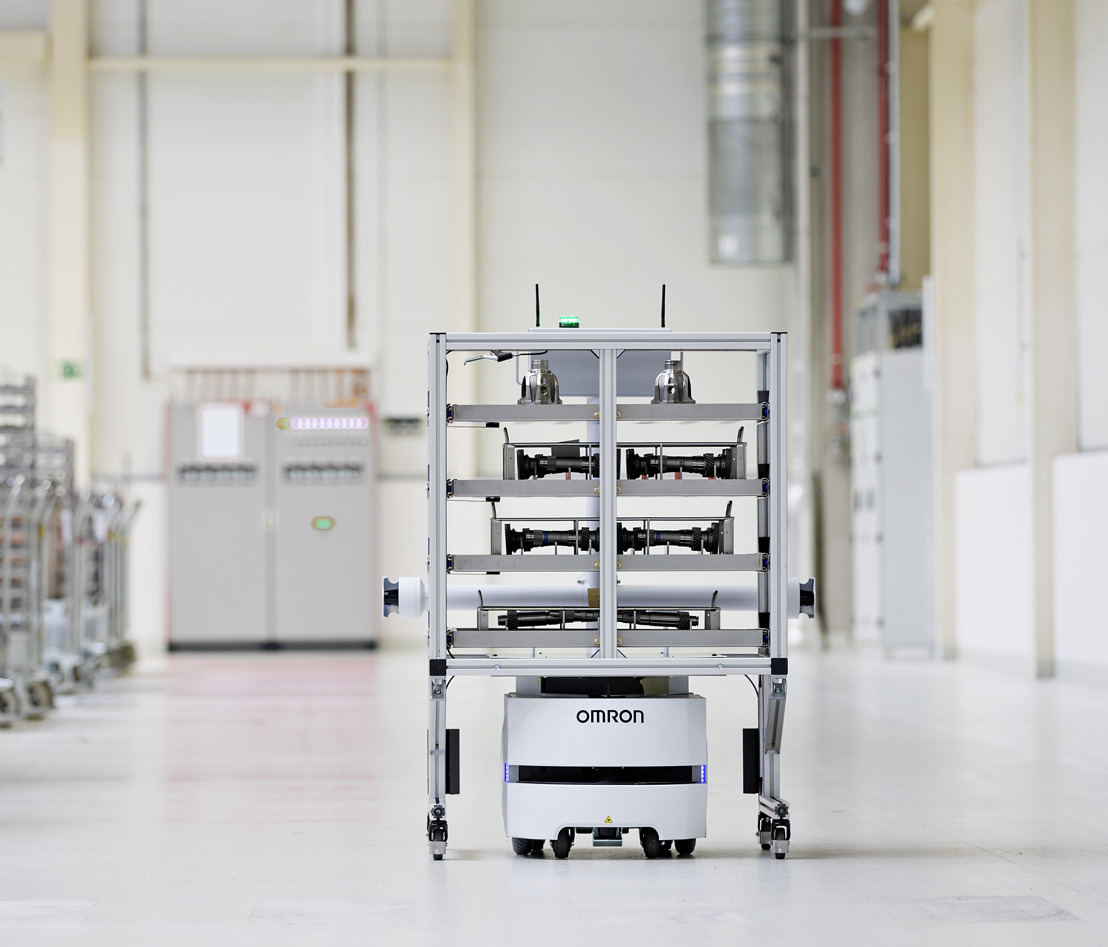 rigorously advancing the digitalisation of its production process. As of now, the Czech car

manufacturer is using a fully autonomous, self-learning transport robot at the Vrchlabí

component plant. This robot is able to recognise obstacles along its journey through the

plant and to incorporate other information from its surroundings when planning its route. If

necessary, it changes its course to always get to its destination as quickly as possible. It

processes at the plant.

plant. With it, we’re once again highlighting the plant’s key significance as an ultra-modern hightech

“With the new transport system, we are consistently continuing to introduce technological

innovations at our plants in keeping with Industry 4.0,” added Oeljeklaus.

On one trip, the transport robot can carry a load of up to 130 kg and chooses the correct paths fully

autonomously. Unlike traditional automated transport systems, it does not require lane guidance in

the form of induction loops, magnetic strips or reflectors. To learn the route, the vehicle only needs

to be guided between the stations once via a tablet or joystick. In doing so, it captures its

environment as well as changes to its surroundings all by itself and adapts its route if necessary.

sensors and laser scanners, it recognises vehicles and stationary obstacles as well as people

crossing its path. The control system calculates the approach speed and detects if a collision is

imminent. In this case, the robot stops by itself or takes evasive action. Unlike other systems used

at ŠKODA AUTO, it immediately adjusts its route based on information from its surroundings,

without having to stop in the process. If the fully autonomous robot detects that it will regularly

encounter obstacles at a specific point along its journey, it changes its route permanently. If

necessary, the electrically powered system is able to travel to all of the destinations at the Vrchlabí

mechanical measuring centre and the processing machines. The testing and pilot phases have

already been completed; the robot is in regular use at the factory starting from June 2018.

plants and more traffic in the production areas. The autonomous robot contributes to the continuous

improvement of work safety in Vrchlabí and helps to minimise work risks.

In production, ŠKODA AUTO is systematically turning to technology from Industry 4.0, such as

cooperating robots. These are used in the production of direct-shift transmissions at the Vrchlabí

and returns empty containers to the warehouse. The extensive ‘transparent factory’ IT system also

2025 Strategy. Further central areas of activity include the electrification of the ŠKODA model

range, the conquering of new markets and the brand’s expansion into new business areas relating

to traditional car manufacturing through the addition of various mobility services.