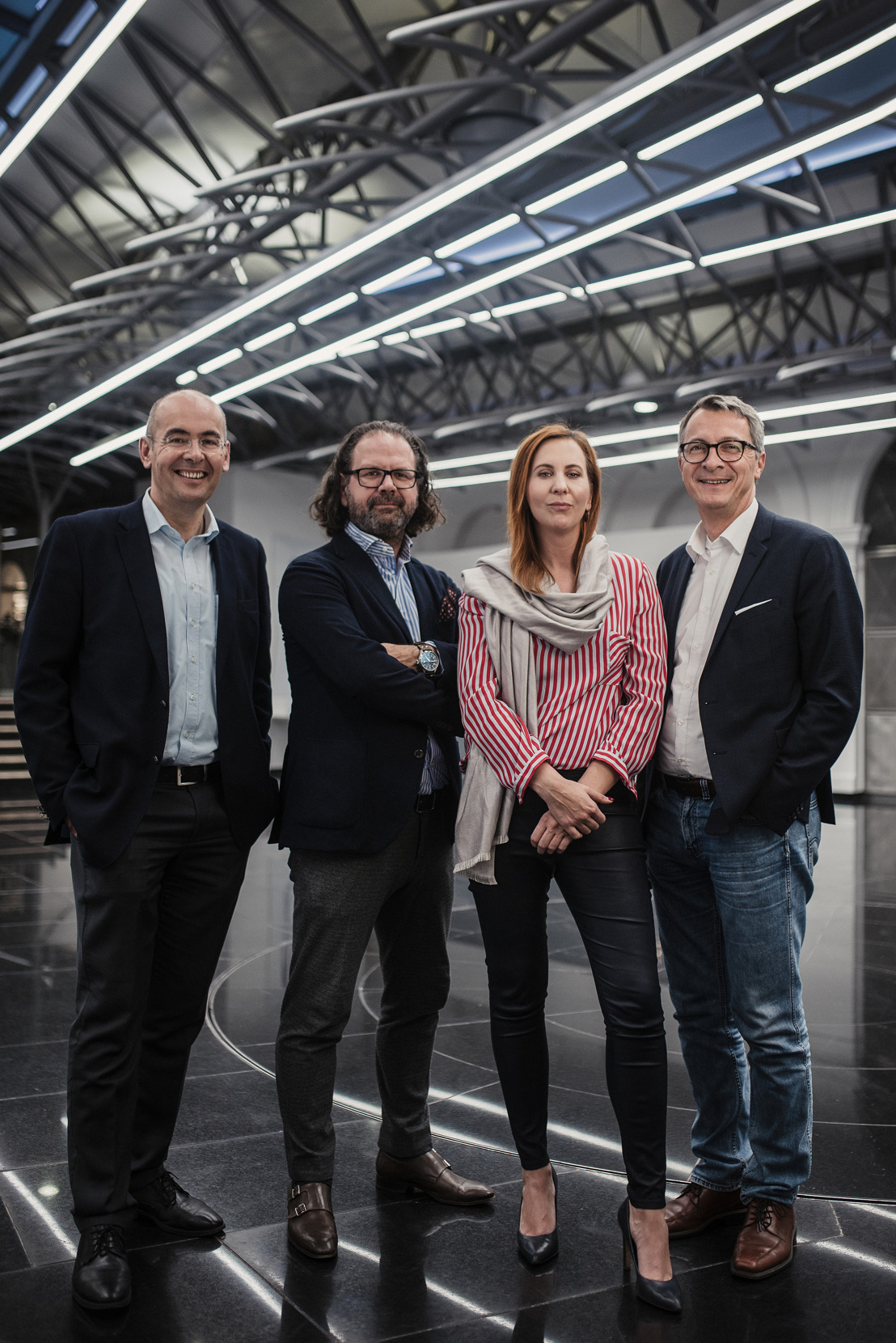 Mladá Boleslav, 23 November 2018 – More modern, sporty and, above all, more emotive: The

vehicle with the new ŠKODA SCALA. The traditional Czech brand is undergoing a consistent

evolution rather than a revolution. The original ŠKODA DNA has been enriched with

receives new accents through a surprising interplay of function and emotion: "Simply

which the term "smart understatement" encapsulates.

with our new design language, which is smoother, more dynamic and, above all, more emotional.

Our goal is for customers to choose a ŠKODA not only because it is practical, offers lots of space

and an exceptional price-performance ratio; they should also love the design and have a special

emotional relationship to their vehicle.”

Inspiration from Czech culture and traditions

long history. The brand’s headquarters are in Mladá Boleslav and the company is at home in

Prague in the heart of Europe. It draws inspiration from Czech culture with its impressive

architecture and the famous Bohemian craftsmanship of crystal manufacturing.

With sharp, precise lines and dynamic shapes inspired by crystal glass, the first evolutionary step of

was introduced. In 1996, with the introduction of the ŠKODA OCTAVIA, it had made the slogan

"Simply Clever" the brand's recipe for success. Now the next stage of development is underway –

for both the interior and exterior. "Simply Surprising" combines the familiar easy-to-use and

ergonomically optimized functions with crystalline design and increased emotionality without being

emotions and exudes more dynamism and sportiness. A ŠKODA now also awakens desire with its

appearance, and thanks to the perfect proportions of a long vehicle cabin, our brand-typical

generous space – for which every ŠKODA is known – is preserved.”

With the new design language, it is the design of the radiator grille that immediately catches the

eye. In its distinctive hexagonal shape, it stands upright and creates an authentic appearance. A

characteristic tornado line, which runs along the side, visually elongating the vehicle, highlights the

be found on the flat headlights with clear glass surfaces and the razor-sharp L-shaped taillights. A

new, self-confident symbol of ŠKODA’s design evolution is the ŠKODA lettering in block capitals in

the middle of the tailgate; the generous interior space is preserved.

Norbert Weber, Head of Interior and Color & Trim Design ŠKODA, explains: “The interiors of our

design spirit. The democratic interior concept, which celebrates its premiere in the ŠKODA SCALA,

marks the starting point for the brand's new emotional and functional identity.”

The new interior concept, which is making its series-production debut in the SCALA, is not only

characterised by the well-balanced use of space throughout the vehicle, but above all by a

redesigned instrument panel. This is symmetrical and invokes the line of radiator grille and bonnet

with the central power dome and the ŠKODA logo. The freestanding infotainment system display is

positioned centrally and high in the driver's field of vision. A character line is also formed

underneath the screen by an ergonomic ledge for the hand operating the touchscreen.

Andrea Jensen, Coordinator of the Colour & Trim team at ŠKODA, explains: "We strive for the

mutual harmony of materials and colours in the interior and exterior, and we search for the best

possible result. The design aims to arouse emotions and, at the same time, match ŠKODA’s DNA –

The new interior concept features warm and pleasant colours as well as high quality materials. In

addition to the seat covers made of fine Suedia microfibre with seams in a contrasting colour, this

also includes the soft surfaces of the dashboard and the door panels. They have a new, special

grain modelled on crystalline structures that will characterise the ŠKODA brand’s style in the future.

Boleslav. It is now part of the modern ŠKODA AUTO Technology Centre, which was relocated to

Česana in 2008 and further expanded in 2015. This is where futuristic technology and tradition are

The villa was once the home of textile entrepreneur Franz Hiller. Textile factories were initially built

on the site in the 19th century, and parts of ŠKODA vehicles were produced there for the first time in

A second location of the design department is located in the heart of the Czech capital, Prague, not

far from Prague Castle, Charles Bridge, the dancing house and Žofín Palace. The first designs for

Art-nouveau building on Masarykovo nábřeží. Also in China, the brand’s most important single

market, there is a branch of ŠKODA Design; the office in Shanghai is headed by Miroslav

nations. This provides influences and ideas from the most diverse cultures in the world.

Mr Stefani, you talk about evolution rather than revolution in view of the next stage in

Oliver Stefani: "In recent years, ŠKODA has already made very positive developments in the field

of design, justifiably focusing on continuity. Changing direction at each or every other model change

is not what the brand stands for. Rather, ŠKODA remains true to its line, creating increasing

and created the brand’s essence. The second step involved deliberately placed contours and

crystalline elements creating new accents and a sense of autonomy. To reinforce these further, we

only had to make minor adjustments to make our design even more striking and modern.”

What features characterize the new style?

Stefani: "We gave a clear outlook with the ŠKODA VISION RS in Paris. The exterior lines become

the dynamic appearance. New LED technology extends our flexibility in designing the headlights

and rear lights, where we are able to stage crystalline elements even more strikingly in keeping with

ŠKODA’s tradition. In the interior, we reflect the symmetrical structures of the exterior and create a

new fixed point with the floating, high-positioned central display. The exterior symbol of the new

design language is the ŠKODA lettering in block capitals at the rear of the vehicles.”

What is the decisive aspect for you in ŠKODA’s new design language?

Stefani: “Function and emotions. Because with emotions you can inspire people for something and

generally reach more people. Design is often the most important reason why we choose to buy a

particular car or not.”

How do you arouse such emotions?

Stefani: "First with an exterior that arouses desire. Distinctive details such as the grille and arrowshaped

headlights, flowing lines and balanced proportions ensure that a vehicle stands out and –

as with the new ŠKODA SCALA – radiates dynamism. We have also transferred this first visual

impression to the interior with the new interior concept. The instrument panel reflects the exterior

and in the driver's field of vision creates a pleasant symmetry. At the same time, the touch screen

What other important aspects of the interior design are there?

Stefani: "In addition to the appearance, it comes down to the materials used and their processing.

This includes the high quality upholstery, for example, made of the microfibre Suedia or leather,

which is further enhanced with contrasting stitching, and the soft foam surfaces of the instrument

panel and door panels. We have now finished these with a special grain, which is based on

crystalline structures. This distinctive surface will also characterize the interior of ŠKODA vehicles

How do you come up with new ideas in the design process?

Stefani: "Our design team comprises more than 150 employees from 28 nations, and that alone

guarantees a pool of ideas, some of which are from very different cultures. My job is to allow these

people to dream and give their ideas the space they need to grow. We draw our inspiration from the

dynamic cooperation of many personalities, a pleasant working atmosphere in our design studios in

Mladá Boleslav, Prague and Shanghai, and not least from the ŠKODA brand’s long, unique

that we can implement in the future.”

What makes a good designer?

Stefani: “Curiosity about all aspects of life and a good gut feeling. Anything you find interesting can

serve as inspiration. For me, it’s mainly planes, but also boats, architecture, fashion and movies.

Sometimes, I just watch the people around me in a café. Designers need to recognize trends early

and anticipate what will come later. Of course, we do not have a crystal ball, but we have that gut

feeling, which is very important. But because design is always subjective, there is never a definite

black or white; you have to be persistent enough to convince others of your own feelings. If this

triggers a reaction in people – whether positive or negative – then something has been achieved:

awareness, attention. Any response is better than a 'I don’t care', expressing the feeling of

arbitrariness. In everything we do, we aim to arouse emotions rather than being mediocre. When

people who see a new design for the first time smile, that makes designers happy, and it’s a nice