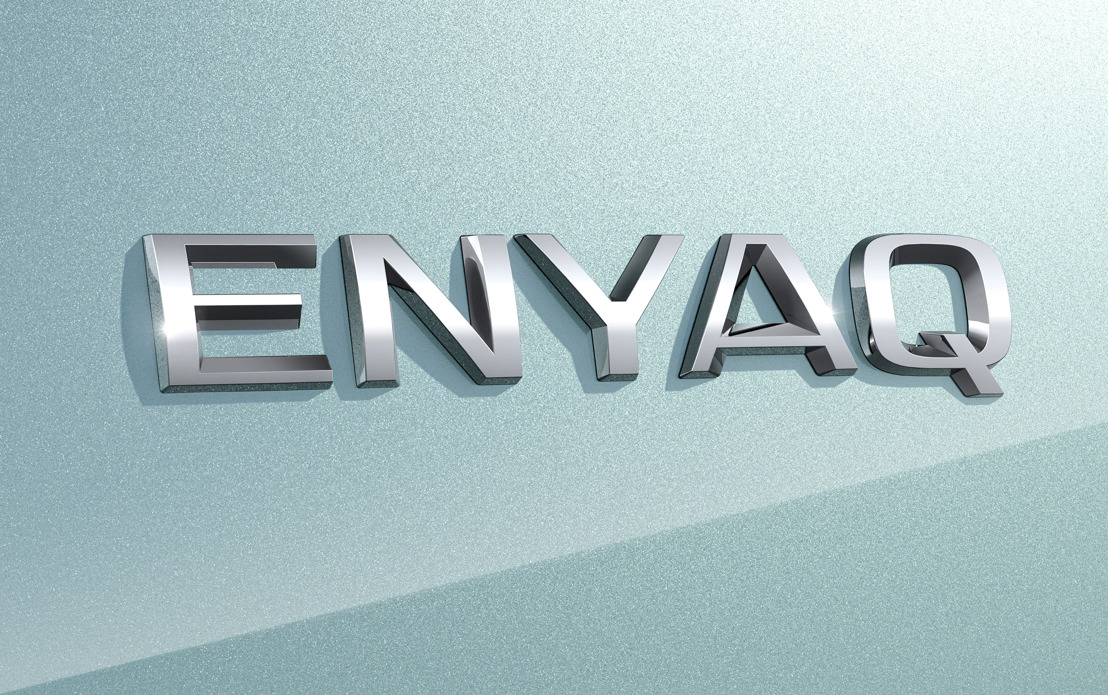 Mladá Boleslav, 12 February 2020 – ŠKODA ENYAQ: This is the name of ŠKODA’s first electric SUV based on the Volkswagen Group’s Modular Electrification Toolkit (MEB) to be launched in series production. With its first all-electric SUV, ŠKODA is establishing a new nomenclature that combines the ‘E’ in reference to electromobility with the ‘Q’ that characterises the final letter of ŠKODA’s successful SUV family. With the new ENYAQ, the Czech car manufacturer is taking another leap into the new era of electromobility in 2020.

The name of the new ŠKODA ENYAQ is derived from the Irish name ‘enya’, meaning ‘source of life’. Enya itself comes from the Irish Gaelic word ‘Eithne’, meaning ‘essence’, ‘spirit’ or ‘principle’. These different meanings allow different perspectives on the name of ŠKODA’s new SUV. The ‘source of life’ symbolises the car manufacturer’s entry into the new era of electromobility and is in line with the ŠKODA brand claim ‘Driven by inventiveness – clever ideas since 1895’. It represents a new beginning, which goes hand in hand with the temperament of the ŠKODA ENYAQ and the ŠKODA engineers’ passion and innovative strength for the new electric SUV. ‘Enya’ is authentic, full of character and lively, easy to pronounce and remember and fits perfectly with the dawn of a new era in the company’s 125-year history.

Like the names of ŠKODA’s successful SUV models KODIAQ, KAROQ and KAMIQ, which are derived from the language of the Inuit people living in northern Canada and Greenland, ŠKODA combines the future all-electric vehicles based on the MEB with the Irish language in a legendary northern region. The ‘E’ at the beginning of the name stands for electromobility; the ‘Q’ at the end creates a clear connection to the virtues of an SUV.

The ŠKODA ENYAQ is the Czech brand’s first series-production vehicle based on the Volkswagen Group’s Modular Electrification Toolkit (MEB) and the next of the series of more than ten electric models that will be launched under the ŠKODA iV sub-brand by the end of 2022. By 2025, ŠKODA expects all-electric vehicles and models with plug-in hybrid drives to account for 25% of sales. By 2021, the car manufacturer will have invested two billion euros in the development of electric models and a holistic, interconnected ecosystem for modern and environmentally friendly mobility solutions.

The first detailed photo offers a glimpse at the design of the ŠKODA ENYAQ. It shows the ‘ENYAQ’ lettering on the rear of the SUV, the brand’s second all-electric vehicle after the ŠKODA CITIGOe iV.