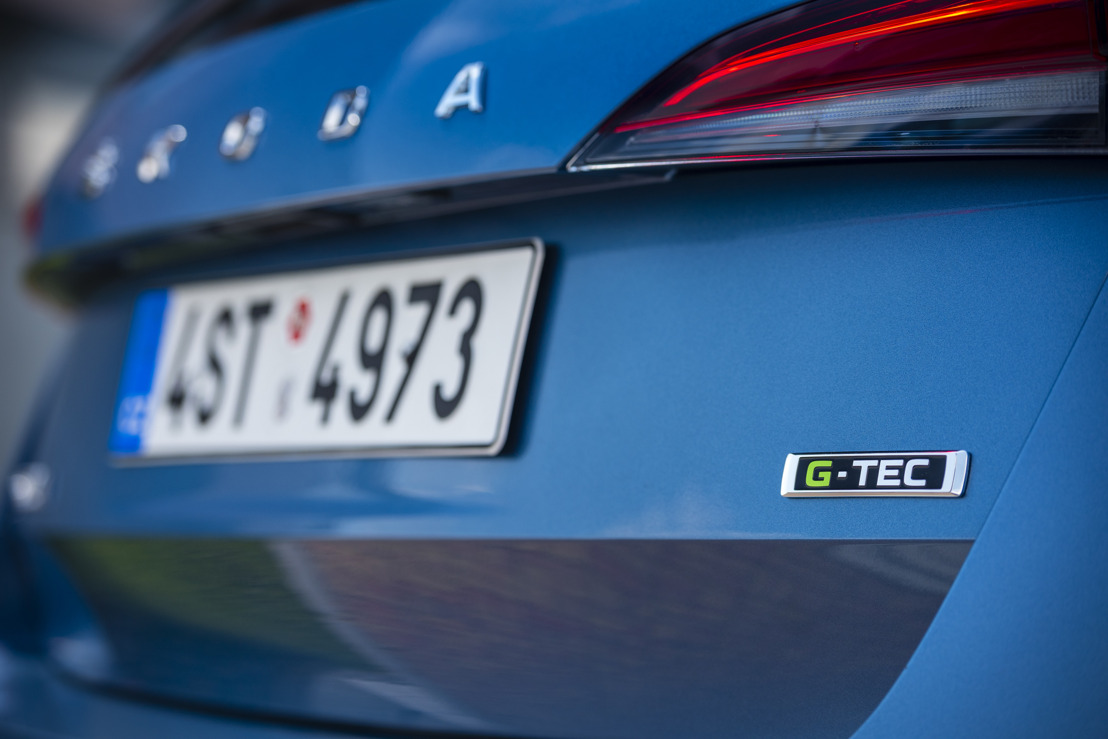 Mladá Boleslav, 16 March 2020 – With the G-TEC variants of the all-new OCTAVIA as well as the SCALA and KAMIQ, ŠKODA will in future offer a choice of three models designed to run on efficient and eco-friendly compressed natural gas (CNG). CNG vehicles produce hardly any nitrogen oxides (NOx) and enable an instant reduction in CO2 emissions of around 25 per cent or even significantly more, compared to cars with conventional internalcombustion engines. In the interview below, Philip Paul, CNG expert and Head of ŠKODA SUV Product Marketing, explains the benefits and technical details of CNG engines.

What role will natural gas (CNG) play in ŠKODA’s fuel/energy mix over the coming years?

Philip Paul: Even though electric mobility will be the leading technology over the next few years, CNG technology is set to make an important, additional contribution to reducing CO2 emissions. It’s cleaner, with fuel costs lower than those of conventional internal-combustion engines, but, most importantly, it is effective and available today. In addition, natural gas burns nearly without particles. Even when using gas from natural deposits, CO2 reductions are up to 25 per cent lower than with petrol. Adding 20 per cent of biomethane, as is currently done in Germany, for instance, makes for even greater CO2 reductions of 35 to 40 per cent. And once you start using 100 per cent biomethane from plant material or even synthetic methane produced from renewable energy, the ŠKODA G-TEC models can actually achieve carbon neutrality.

On the other hand, Volkswagen board members have recently said that they want to move away from CNG engines and will stop developing this technology. How can those two views be reconciled?

Paul: There is no contradiction between the current range of CNG models and these statements on long-term development. The automotive industry engages in very long-range planning, with strategies designed for as much as a decade ahead. Therefore, CNG engines will continue to be a part of the range over the coming years. At ŠKODA, this also includes the recently launched G-TEC versions of the SCALA, KAMIQ and the natural gas variant of the new OCTAVIA, which will soon be launched in the first markets.

Does it make a difference whether a ŠKODA G-TEC vehicle is powered by natural gas, biomethane or synthetic methane?

Paul: To the vehicle or the customer it makes no difference at all, but it makes a big difference to the environment. Biomethane and synthetic methane, also known as e-gas, are so-called drop-in energy sources which can be added to natural gas in any combination. There is no need for technical modifications to the engine or the vehicle. Biomethane manufactured entirely from plant residues or biological waste and using renewable energy is already available today and on offer at filling stations. It enables drivers to reduce their CO2 emissions by a significant amount. Synthetic methane, produced from solar or wind energy, has a similar potential. However, the end product isn’t commercially viable yet and thus only available in smaller quantities. Unlike petrol or diesel, CNG has to be stored in the vehicle under high pressure.

How does this affect safety?

Paul: Our natural gas vehicles are just as safe as comparable models with conventional internalcombustion engines. The CNG tanks installed in the ŠKODA G-TEC models are engineered, produced and certified to meet the highest industry standards. They are fitted with a safety valve which, in the unlikely event of a technical problem, ensures that the gas is released in a controlled manner. CNG is non-toxic and lighter than air, so it dissipates quickly. In addition, all the CNG tank components are designed to withstand extreme conditions. The pressure inside the tank is around 200 bar. However, these tanks are designed and approved for pressures up to 600 bar, which is three times what they usually encounter in practice.

Why do G-TEC engines still have to use petrol in certain situations?

Paul: This is usually only required for a very short time during cold starts and immediately after refuelling. Our top priority in development has always been that the engine should run almost exclusively on natural gas. Even when outside temperatures drop to –10 °C, a warm engine can be started in CNG mode, and drivers can also use the Stop/Start feature without any issues. There is a persistent myth that very low temperatures below freezing could cause problems for natural gas. But for CNG to liquefy inside its tank, the temperature would have to drop below –160 °C according to the laws of physics. In other words: even in the winter season, natural gas is an excellent allround fuel.