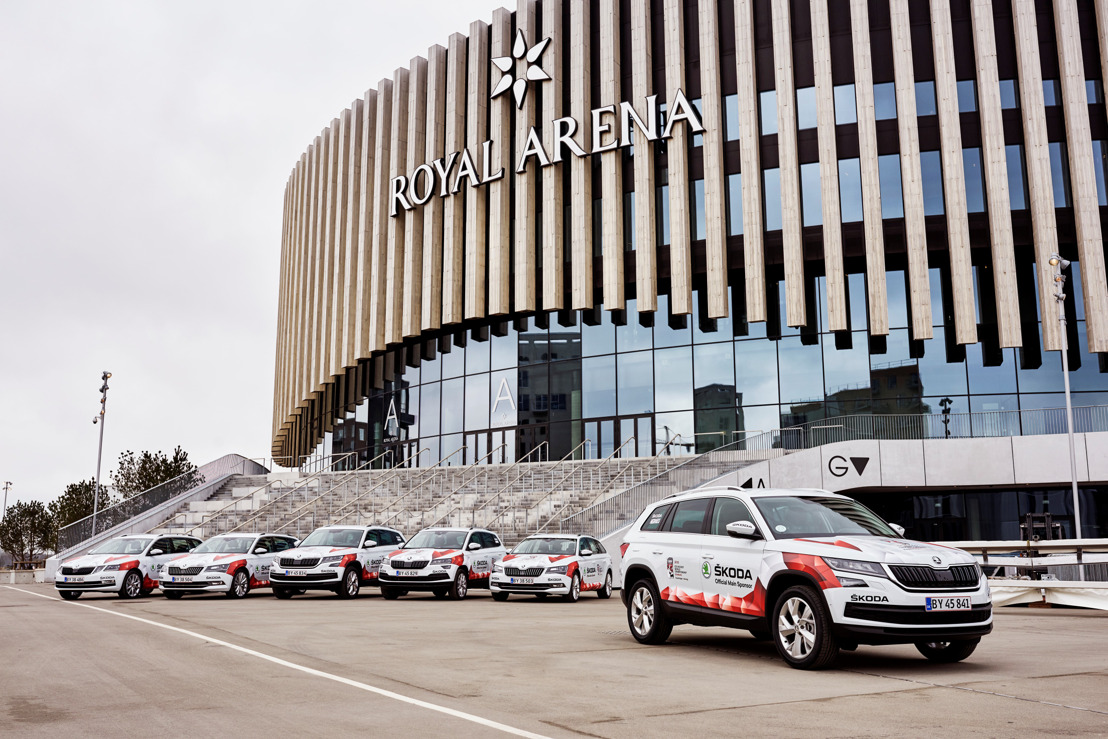 "Our commitment to the IIHF Ice Hockey World Championship has a long tradition and is an important pillar of our sponsorship strategy," said Alain Favey, ŠKODA AUTO Board Member for Sales and Marketing. "Ice hockey is one of the most popular sports in our brand’s home country and in many other relevant target markets. In 2017 alone, more than a billion fans followed the IIHF Ice Hockey World Championship on television. With this sponsorship commitment, we have significantly boosted the international reputation of the ŠKODA brand in recent years.”

Since 1993 the spotlight has been on ŠKODA as the official main sponsor of the Ice Hockey World Championships; its involvement as a vehicle partner started last year, earning the company a place in the Guinness Book of World Records as the longest sponsorship of a world championship in sporting history at 25 years. For the 26th time, ŠKODA will be the main sponsor in 2018, when 16 teams will be fighting for the title of world champion in Denmark. Last year ŠKODA extended the sponsorship contract until 2021.

The shuttle fleet includes the bestselling OCTAVIA, the top model SUPERB and the KODIAQ and KAROQ SUVs – ŠKODA will be providing a total of 50 vehicles. During its annual mission, the ŠKODA fleet covers around 250,000 kilometres on average at the IIHF Ice Hockey World Championship. In the past 26 years, the mileage totals more than six million kilometres. That is the equivalent of the ŠKODA vehicles circumnavigating the earth 140 times, impressively demonstrating their reliability.

The ŠKODA logo unmissable at the IIHF Ice Hockey World Championships: for example, on the rink perimeters and face-off areas at the venues in the Danish capital Copenhagen and Herning, which is about 250 kilometres away. In addition, the traditional Czech brand is placing three model highlights – the OCTAVIA COMBI RS, SUPERB and KAROQ – prominently next to the ice rink. Back in 1993, ŠKODA presented their models ŠKODA FAVORIT/FORMAN on the sidelines.

ŠKODA is also the exclusive partner of the 'IIHF App', offering hockey fans exciting background stories and interesting statistics. Thanks to the live ticker including goal alert, users will not miss any of the action. In addition, you can predict the outcome of the game and share it with friends. The 'IIHF App' is available for the operating systems Android and iOS.

The ŠKODA Storyboard offers lots of helpful information, interesting background stories, videos and photos on the topic of ice hockey. For example, the Czech Republic is home to the ŠKODA brand as well as a small family business that produces the pucks for the Ice Hockey World Championships and the Winter Olympics. There is also another interesting article on the ŠKODA storyboard answering the question "How is the perfect ice surface created?". Anyone planning a trip to the 2018 IIHF Ice Hockey World Championship will also appreciate important information about Copenhagen and Herning on the website. All background stories are available for editorial use without copyright.