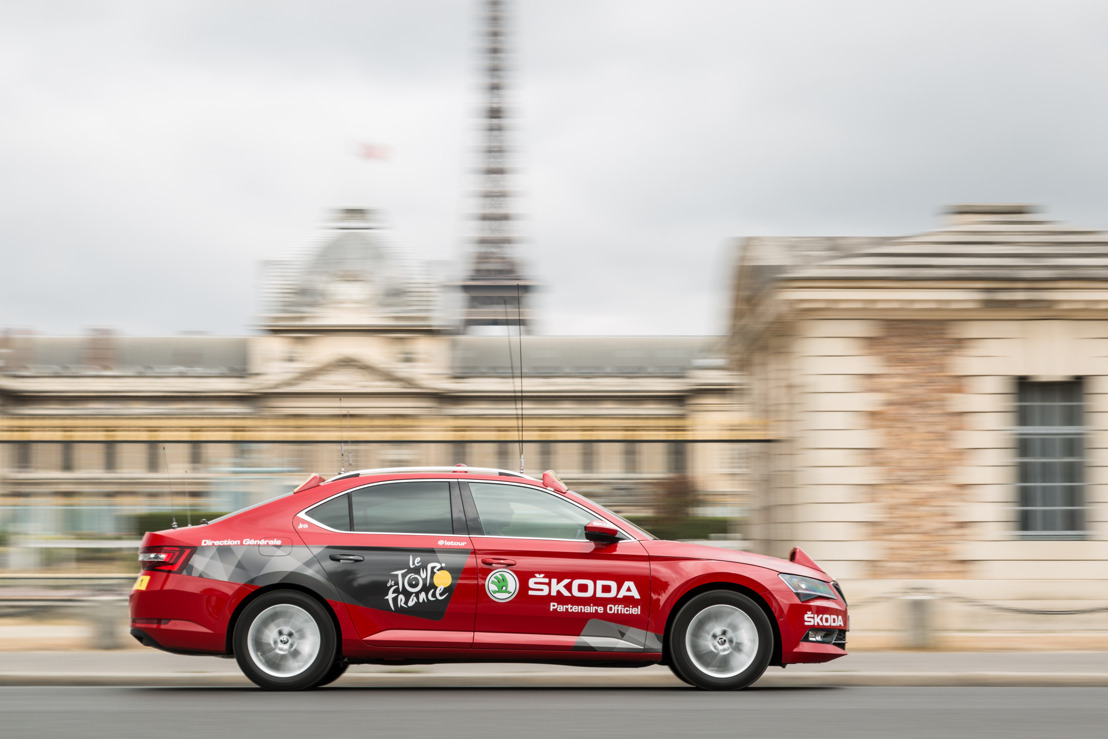 accompanying vehicles to this year’s Tour de France. The company has been supporting the

world-famous cycling race since 2004, and this year marks the 15th time that ŠKODA AUTO

will be the official partner and vehicle partner.

During the race, ŠKODA’s logo will also be featured on the Green Jersey; the company is

sponsoring the jersey for the best sprinter for the fourth consecutive time. Fans can encounter the

car manufacturer’s vehicles along the track or on the TV for considerably longer. The traditional

Czech brand has supported the cycling event as the official partner and vehicle partner since 2004.

This year marks the 15th occasion, and the company will be sending a total of 250 organization and

accompanying vehicles to this year’s tour through the Grande Nation.

Alain Favey, ŠKODA AUTO Board Member for Sales and Marketing says: "As a manufacturer that

began by producing bicycles, cycling is especially important to us. Our comprehensive and visible

involvement in cycling strengthens the image and awareness of the ŠKODA brand.”

In addition to the ŠKODA OCTAVIA, the fleet also includes the two SUV models ŠKODA KODIAQ

again as the most important vehicle throughout the tour: Tour Director Christian Prudhomme will be

action and give sport and safety-related instructions as needed via radio. He can also open the

panoramic glass roof from the second row of seats at the push of a button, allowing him to stand up

in the back. The vehicle will enable him to overlook the peloton from an optimal position before he

gives the approval to start each stage.

Noirmoutier-en-lle. During the three-week race, 176 cyclists will go through 21 stages, covering a

total of 3,351 kilometers. On the way through France, the peloton will push their limits on the

ŠKODA campaign 'Always there for those who ride': Win a VIP trip to the Tour

Just in time for the start of the cycling highlight, ŠKODA's new 360-degree campaign, ‘Always there

for those who ride’, is gaining momentum. The ŠKODA competition is featured prominently on the

company’s own website “WeLoveCycling.com”, as well as on their social media channels including

biggest cycling race at www.welovecycling.com, where an exclusive VIP trip to the Tour de

France is also up for grabs.

ŠKODA is the exclusive partner of the Tour de France App, which offers cycling fans interesting

ŠKODA's passion for cycling goes back to the company’s founding years. In 1895, Václav Laurin

and Václav Klement established a bicycle factory in the Bohemian town of Mladá Boleslav. Ten

years later, the young company’s first automobile – the Voiturette A – rolled out of the factory halls.

In addition to the Tour de France and the Tour of Spanish race ('Vuelta'), the automaker supports