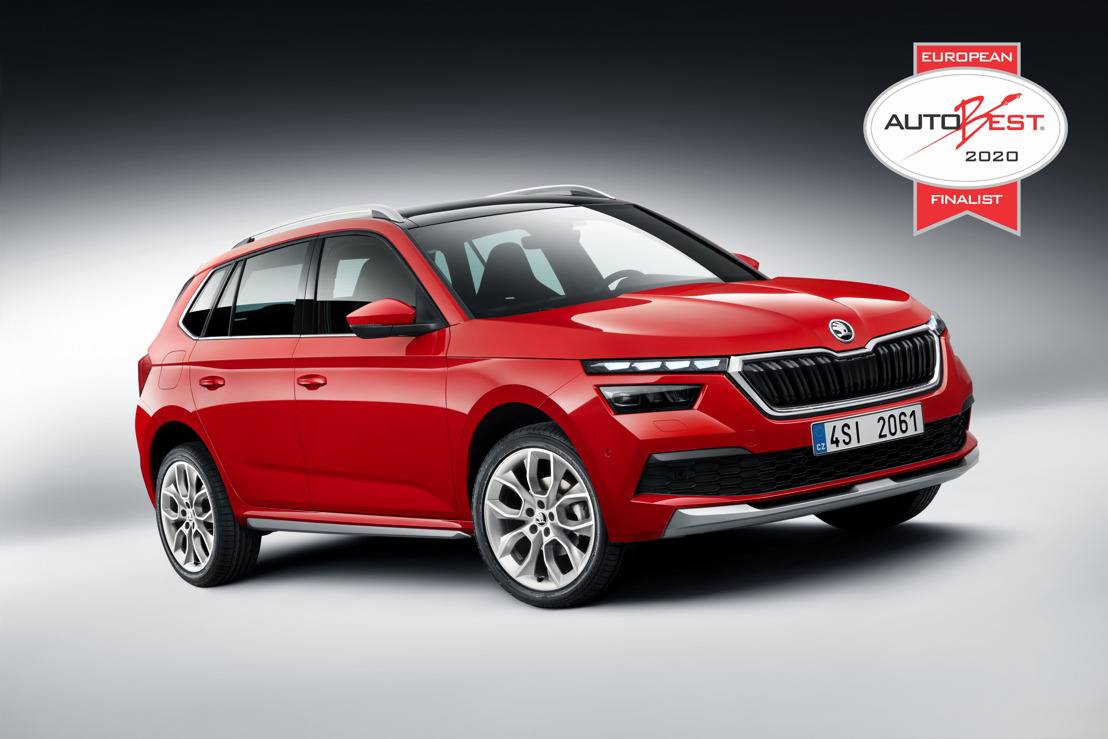 Mladá Boleslav, 8 October 2019 – The ŠKODA KAMIQ has been nominated as one of the five

contenders for the “Best Buy Car of Europe in 2020” trophy. The winner of the annual title, first

awarded in 2001, is selected by a jury of leading automotive journalists from 31 European

countries. This year, the decision will be taken after final test drives with the shortlisted

vehicles on the former Turkish Formula One racing circuit, Intercity Istanbul Park, on 27 and 28

November. The winner will be announced in mid-December.

trophies since 2001. The current jury is composed of two female and 29 male journalists representing

and price. The categories have different point scores, ranging from 100 to 500. The

winning vehicle is the one that achieves the highest score out of a maximum of 2,500 points. In 2002,

the ŠKODA FABIA was named “Best Buy Car of Europe”.

At 4.24 metres in length, the ŠKODA KAMIQ adds a new entry-level model to the Czech brand’s

the agility of a compact car and an emotive design. A true ŠKODA, the KAMIQs’ advanced assistance

make it a favourite with families as well as lifestyle-oriented customers.