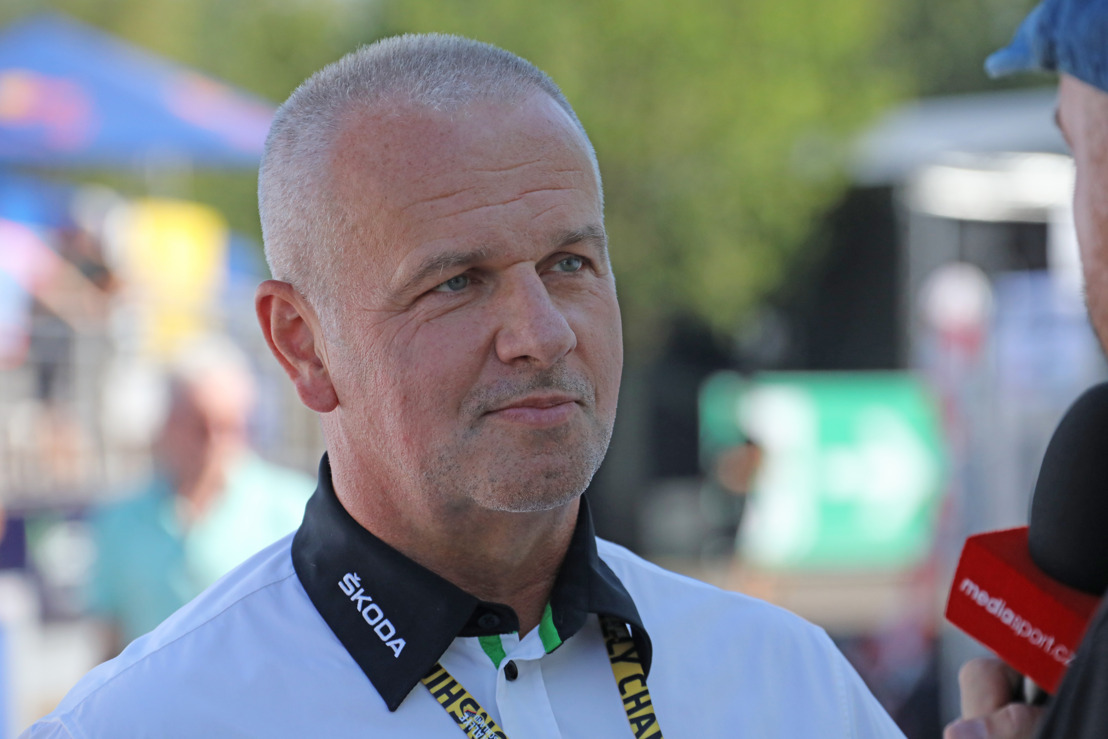 at ŠKODA AUTO a.s. since 2007. In this interview, Hrabánek talks about the participation of

ŠKODA Motorsport in the WRC 2-Pro, the customer program in 2019 and the updated

Mr. Hrabánek, currently the ŠKODA FABIA R5 is the most successful rally car in its

category. What is the reason for that?

Michal Hrabánek: ŠKODA Motorsport is continuously working to improve the competitiveness of

the ŠKODA FABIA R5. In the past, the work on our R5 rally car focussed on reliability. As a result,

during the 2018 WRC season no factory car had to retire due to technical issues. Thanks to the

presence of our works team in the FIA World Rally Championship, we got the experience to

continuously develop the car, making the FABIA the best car in its category. The strong and close

cooperation between the R&D department of ŠKODA AUTO and ŠKODA Motorsport and the fact,

that we are working with the same strict processes of quality management and control, is an

Why is ŠKODA competing with a factory team in the WRC 2 Pro category?

Michal Hrabánek: Due to the involvement of our works team in the FIA World Rally Championship,

we are closer to our customers, get their feedback directly and can collect the experience to further

develop the car, making the FABIA the best car in its category.

What is the program of ŠKODA Motorsport for 2019?

Michal Hrabánek: ŠKODA Motorsport modified its strategy for 2019. We sold 252 cars up to the

end of 2018 to our customers, we have a big responsibility to provide the best possible service.

Therefore, our customer program will have top priority in 2019. Furthermore, we will enter two cars

try again to defend their title of Czech Rally Champions.

for ŠKODA Motorsport as point scorer in the WRC 2 Pro category. Will we see more private

drivers competing under the banner of the factory team in 2019?

winning the WRC 2 category at Rally Finland 2018 he proved his outstanding speed and talent. We

of them into our works team on selected WRC rallies. This is a good example for our new strategy

to support our customer teams even more.

How do you see the future of the WRC 2 Championship and the new Pro category?

Michal Hrabánek: The WRC 2 Championship is and will remain a very attractive motorsport

platform, what we also can see in the impressive media feedback worldwide. The competition level

is high, apart from ŠKODA other manufacturers like Ford, Citroen, Peugeot and Hyundai are selling

R5 rally cars. Also, during the penultimate round of the FIA World Championship 2018, Volkswagen

debuted the new Polo R5. There are also rumours, that Toyota is planning to join the competition

Carlo. At Rally Sweden we will see ŠKODA, Ford and Citroen competing for championship points.

We support all ideas and plans, which bring rallying forward. The new series may need some time

When can customers order the new ŠKODA FABIA R5, when will we see the new generation

car for the first time in competition?

Michal Hrabánek: The final timing is not yet fixed. The most important aspect for us to be 100 per

cent sure, that the car is fully developed and bullet proof ready for competition without any

compromises, this is our responsibility. Thoroughness in a development of a new car has absolute

priority. Due to the homologation planned for the middle of 2019, we could introduce the car after

the second quarter, so that ordering process and first deliveries could start. We have already a list

of customers interested in buying our new generation R5 car. Clients can register for the new

specification FABIA R5. However, this registration is no obligation to buy the car in the end. As

soon as we have more information about final technical specifications and delivery date of the car,

we will inform our customers.

Michal Hrabánek serves as the Director of ŠKODA Motorsport during the last twelve years.

Beforehand, he worked in a leading role in the technical development of ŠKODA AUTO and for

Sales and Marketing as well. He was responsible for the development of the successful ŠKODA

FABIA S2000 and its successor, ŠKODA FABIA R5, which is currently the most successful rally car

of its category. From 2015 up to 2018, ŠKODA Motorsport won under the lead of Michal Hrabánek