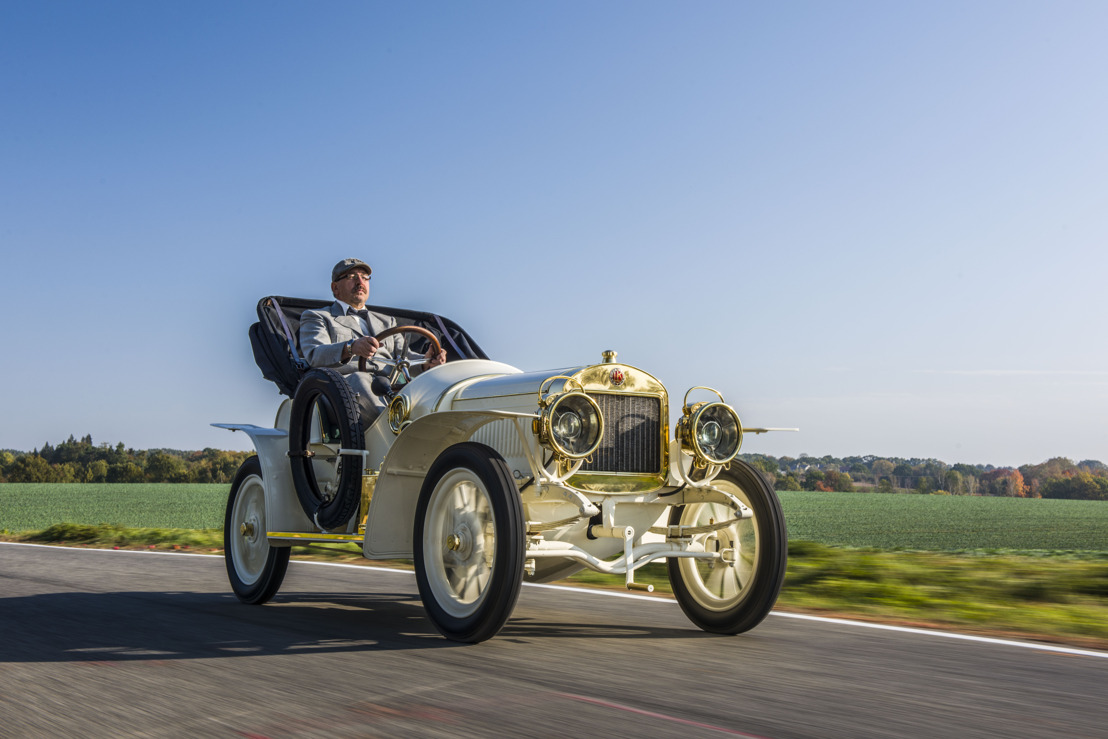 in Mladá Boleslav in time for this anniversary. The rare vehicle has been fully restored over

the past two years. A team of experts reconstructed the model based on original drawings

and other historical sources. All the important mechanical components in the unique car are

original parts; the engine bears the authentic serial number, with which the sports car left

the Mladá Boleslav factory in 1908.

is the only surviving example of twelve produced in total. Following a comprehensive overhaul of

the chassis, engine, transmission and other components as well as the installation of a new

electrical system, the vehicle received a body that was manufactured exactly according to the

The only surviving Laurin & Klement BSC, which can now be seen in the ŠKODA Museum, was

completed on 12 July 1908. The engine number 5635 confirms the authenticity of the vehicle. The

rarity changed hands often and underwent many modifications. For example, the L&K BSC was

converted into a racing car for the film ‘Dědeček automobil’ (Grandpa Car) by Alfréd Radok, which

was released in Czechoslovak cinemas on 27 March 1957. Later, the shape of the BSC’s bonnet

and fender, as well as many details were changed – also for other film appearances. However, all

the essential mechanical parts have been preserved, and the vehicle, which has always been

roadworthy throughout the years, is one of the fixed stars of the Czechoslovak vintage car scene.

In 2016, the unique Laurin & Klement BSC found its way into the inventory of the ŠKODA Museum

researched its history in the archives. Later, they began the complex process of restoring the BSC

as close as possible to its condition in 1908. The BSC is now one of the most valuable exhibits of

the ŠKODA Museum in Mladá Boleslav.

The history of the BS model family

extended their range in 1899 to include motorcycles. Just a few years later, starting in late 1905,

Voiturette A. Over the next two years, the young carmakers continued to develop their model range

and implement several profound structural changes. The rapidly increasing demand for the modern

The BS model series established an important position in those years. In contrast to the Voiturette

1399 cc displacement and 10 hp (7.4 kW) performance. Because the ambitious company was

consistently aligned to the needs of its customers, Laurin & Klement models in the BS family had

features designed specifically for different customer groups such as doctors and business people.

The model range included at least six different wheelbases from 1,905 to 2,380 millimetres and five

gauges from 1,120 to 1,300 millimetres. The manufacturer offered numerous body styles on these

bases, ranging from ‘Personen-Voiturettes’ – the French term for small cars – to taxis and light

The most valuable versions include twelve vehicles in the sporty BSC variant. Their engine power

BSC was available both as a roadworthy chassis and as a complete vehicle with body. The chassis,

for which customers could have individual custom bodies made, cost 5,000 K – the abbreviation for

Austro-Hungarian krone. A complete vehicle with an open two-seater standard body was available