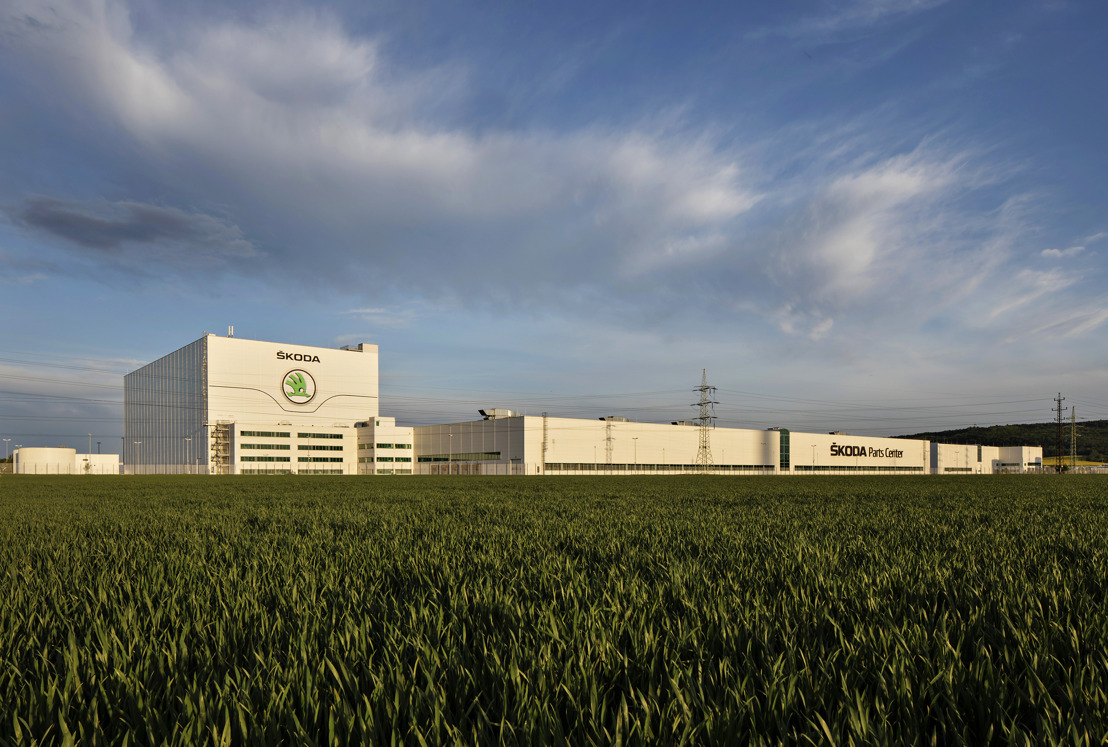 Mladá Boleslav, 23 July 2020 – For 20 years the ŠKODA Parts Centre in Mladá Boleslav has been providing service centres in more than 100 countries worldwide with ŠKODA Genuine Parts and Accessories. As one of the Volkswagen Group’s three European parts centres, the ŠKODA Parts Centre also supplies genuine parts to other Group brands. Since it went into operation, the state-of-the-art facility has been consistently updated and expanded. Today, the storage area alone covers 105,000 square metres - roughly the size of 13 football pitches, making it the largest warehouse for genuine parts in the Czech Republic.

Stanislav Pekař, ŠKODA AUTO Head of Aftersales, says: “Ensuring the fast and reliable availability of genuine parts is essential for maintaining high customer satisfaction. It is both a goal and an obligation for us and our entire team to serve our ŠKODA service partners and other Group brands as quickly as possible – to do this we utilise state-of-the-art warehousing and conveyor technology.”

Around 550 employees work in three shifts every day at the ŠKODA Parts Centre, processing more than 28,000 order items. Service businesses in the Czech Republic are supplied with genuine parts overnight, and ŠKODA partners throughout Europe usually receive their deliveries within 24 hours of ordering.

As one of the Volkswagen Group’s three European central warehouses, the ŠKODA Parts Centre also plays an essential role in supplying the genuine parts of the VW, Audi, Seat and Volkswagen Commercial Vehicles brands in Northern and Eastern Europe. In addition to the Czech Republic and Slovakia, it now also serves the Baltic markets, Poland, Russia, Sweden and Norway. From September 2020, the ŠKODA Parts Centre in Mladá Boleslav will also supply Volkswagen, Audi and Volkswagen Commercial Vehicles genuine parts to Belarus.

Every day, around 200 lorries deliver components from 2,000 suppliers from 45 countries to the ŠKODA Parts Centre. The parts are shipped by land, water or air freight – 140 HGVs transport the parts daily, and around 50 containers are sent overseas each month. Parts from Mladá Boleslav destined for service centres in New Zealand currently travel the longest distance – 18,135 kilometres.

To ensure that the genuine parts arrive at their destination in perfect condition, ŠKODA AUTO uses special packaging, which is subjected to rigorous testing such as drop tests to check the stability of surfaces, corners and edges. The packaging has received numerous accolades, including the Czech ‘Packaging of the Year’ competition and prizes from the international World Packaging Organisation.

During the socialist era and the first few years after the revolution, the state enterprise Mototechna was responsible for supplying ŠKODA vehicles with genuine parts. In 1992 the ŠKODA AUTO parent plant in Mladá Boleslav took over the responsibility for distributing genuine parts. At that time, parts orders were processed in different halls, and goods intended for export had to be transported over half a kilometre. This situation, combined with the rapidly growing number of ŠKODA vehicles on the international markets, led to the construction of a separate parts centre.

In 1998, the foundation stone for a new parts warehouse was laid at Řepov near Mladá Boleslav, and two years later the ŠKODA Parts Centre was officially opened. Initially, the floor space covered 36,000 square metres before being expanded to 74,000 square metres in 2013. In 2018 the facility reached its current size of 105,000 square metres of storage space. A modern high-bay warehouse has been in operation since 2013: The eleven aisles of the 42-metre tall building hold 40,000 pallets, and storing and retrieving genuine parts and accessories is fully automated. In addition to the high-bay warehouse, ŠKODA AUTO also operates a block warehouse with 8,000 pallet slots at Řepov; special racks allow the space to be used with maximum efficiency.

ŠKODA models continue to be supplied with parts from Mladá Boleslav for at least 15 years after series production ends, and in some cases for much longer. The oldest genuine part currently in stock is part number 6U0905851B – an ignition switch, which first appeared on 1 August 1976 for ŠKODA models 105/120/130/135/136, the coupé GARDE and later the FAVORIT/FORMAN and FELICIA series. Every year the ŠKODA Parts Centre ships up to 3,000 of these ignition switches to help keep older ŠKODA models on the road.