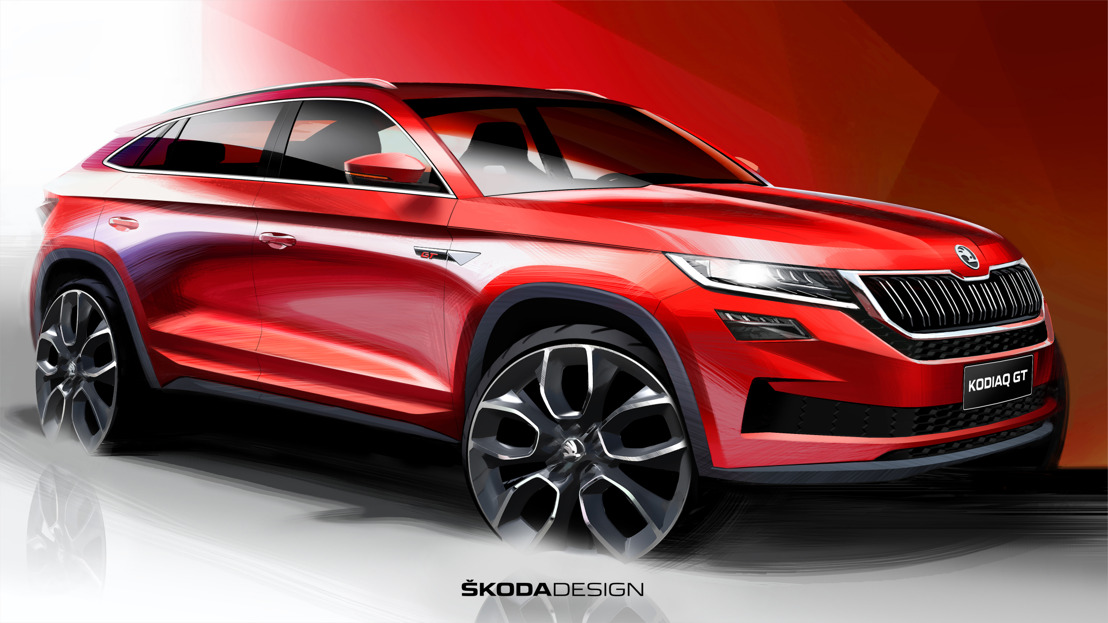 sketches of the new ŠKODA KODIAQ GT in the Chinese market. The dynamic coupé version

of big SUV ŠKODA KODIAQ will be exclusively available in China. In the meantime, China

will be the only market in which ŠKODA offers a total of four SUV models with KAMIQ,

As the design sketches show, all lines are clearly and precisely designed, the coupé-like side line

gives the new ŠKODA KODIAQ GT a sporty and dynamic profile. The coupé-version of large SUV

that differentiates it from the KODIAQ is its rear section. Behind the front doors, the roofline gently

slopes down, merging into an angled tailgate. As the first SUV coupé in the Czech car maker’s

model portfolio, the KODIAQ GT will serve as the new flagship model in China, and be a key driver

of the brand’s image..

The SUV offensive is a key pillar of Strategy 2025, along with electromobility and digitalisation.

In China, where the new ŠKODA KODIAQ GT in addition to ŠKODA KAMIQ will actually be the

second exclusive ŠKODA SUV on the market, this segment offers a particular potential for growth.

Even today, Chinese market is the world’s biggest market for ŠKODA. Every fourth ŠKODA vehicle

is currently delivered to China. According to a five-year plan, laid out in a Memorandum

the Czech Republic, more than two billion euros will be invested in the expansion of the SUV

portfolio and the development of alternative-drive ŠKODA vehicles.