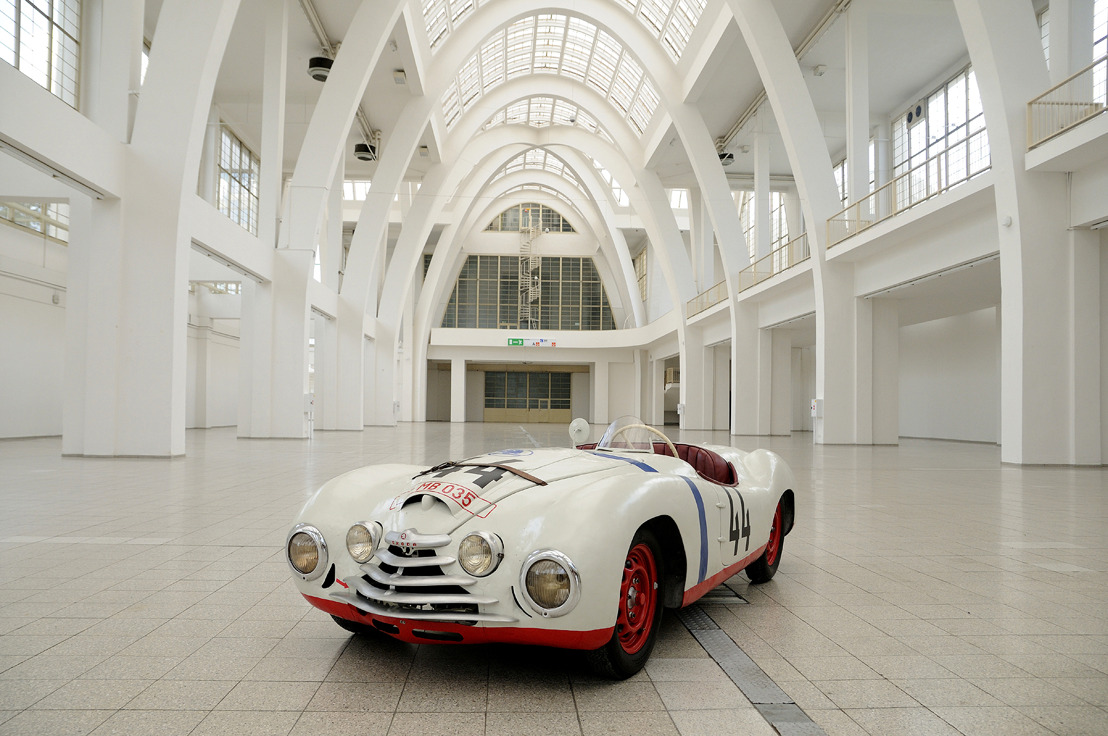 Mladá Boleslav, 4 February 2020 – This year, ŠKODA AUTO is celebrating the 125th anniversary of the company’s founding. The theme of brand’s appearance at the international classic car trade fair Rétromobile’, which takes place from 5 to 9 February 2020 , focuses on this occasion. With vehicles from several eras, ŠKODA is retracing the long journey of the company. In addition to historic vehicles, the battery-powered concept study VISION E heralds a new era at ŠKODA – the age of electromobility.

ŠKODA's oldest exhibit in the exhibition halls at Porte de Versailles, a replica of the SLAVIA bicycle from 1896, represents the beginnings of the now global company. ŠKODA AUTO’s 125-year journey started in 1895. That year, Václav Laurin and Václav Klement, the company’s founding fathers, began their business repairing bicycles. They soon started producing their own bicycle models under the brand name SLAVIA. The faithful replica of the famous model from 1896 being exhibited at the Rétromobile rolled into the spotlight last year: As part of the ‘L'Etape du Tour’, where amateur cyclists can compete in an original stage of the Tour de France, the Prague classic bike fan Vladimír Vidim ascended the 2,365-metre mountain stage on the SLAVIA. While the racing bikes at the Tour de France, of which ŠKODA is the official main sponsor and vehicle partner, are true lightweights, the SLAVIA weighs in at almost twice as much as today’s racing machines at 18 kilograms. It has only one gear and has neither a freewheel nor brakes – so the riders had to rely on the strength of their legs even downhill. The video of the mountain stage with the SLAVIA bike can be found on the ŠKODA Storyboard.

As early as 1901, the up-and-coming company from Mladá Boleslav was also involved in motorsport. The Laurin & Klement BSC is one of the most successful early racers. The sports car, of which only twelve were built, won the Paris – Berlin race in 1908, among others. ŠKODA is exhibiting the only surviving copy at the Rétromobile. The engine number 5635 confirms the originality of this unique vehicle, which rolled out of the factory on 12 July 1908.

Following an extensive restoration, it is now part of the ŠKODA Museum in Mladá Boleslav. The Voiturette sports car is powered by a water-cooled, in-line two-cylinder engine with an output of 12 hp (8.8 kW), which it draws from a displacement of 1,399 cm3. The two-seater reaches a top speed of 75 km/h.

Only two ŠKODA Sport were made in Mladá Boleslav in 1949. The model is based on the successful ŠKODA 1101 ‘TUDOR’. In June 1950, the driver duo Václav Bobek and Jaroslav Netušil headed to the start line of the legendary 24-hour race in France in that car. After a promising start and 13 hours of driving, a tiny component in the engine malfunctioned, causing the pair to drop out. Due to the worsening global political situation, that was the last time the ŠKODA factory team took part in Le Mans for years to come. The ŠKODA Sport from a private collection exhibited in Paris took part in more than 70 motorsport events between 1949 and 1962. This year, the ŠKODA Sport returns to the famous race track on the Sarthe at the Le Mans Classic 2020.

The brand’s bestseller, the OCTAVIA, which has been built since 1959, represents ŠKODA’s successful series production at Rétromobile. The ŠKODA Museum is sending a 1960 model produced in the standard two-door version with a 1,089cm3 engine and 40 hp (29 kW) output to Paris. That year, ŠKODA also expanded the model range to include the first OCTAVIA COMBI. The OCTAVIA model family and the convertible FELICIA derived from it were exported to several dozen countries around the world. Celebrating a winning streak in the <1,300 cm3 class at the Monte Carlo Rally in 1961, 1962 and 1963, the OCTAVIA TS also made its way into the annals of motorsport.

While the first four exhibits at Rétromobile highlight the diverse tradition of the car manufacturer from Mladá Boleslav, the fifth exhibit points to the future: In 2017, ŠKODA presented the VISION E concept study. The 4,645 mm long ŠKODA VISION E has an extremely spacious interior with four swivel seats and rear doors hinged at the back, making it easier to get in. Two electric motors with a total output of 225 kW (306 hp) drive all four wheels, accelerating the model to a top speed of 180 km/h. The powerful lithium-ion battery and optimal recuperation enable a range of up to 500 kilometres.

The 45th run of the Rétromobile will take place from 5 to 9 February 2020 at the Paris Expo Porte de Versailles. In a space covering 72,000 square metres, 620 exhibitors – including 120 brand clubs – will be showing more than 1,000 classic vehicles as well as parts, accessories and services.