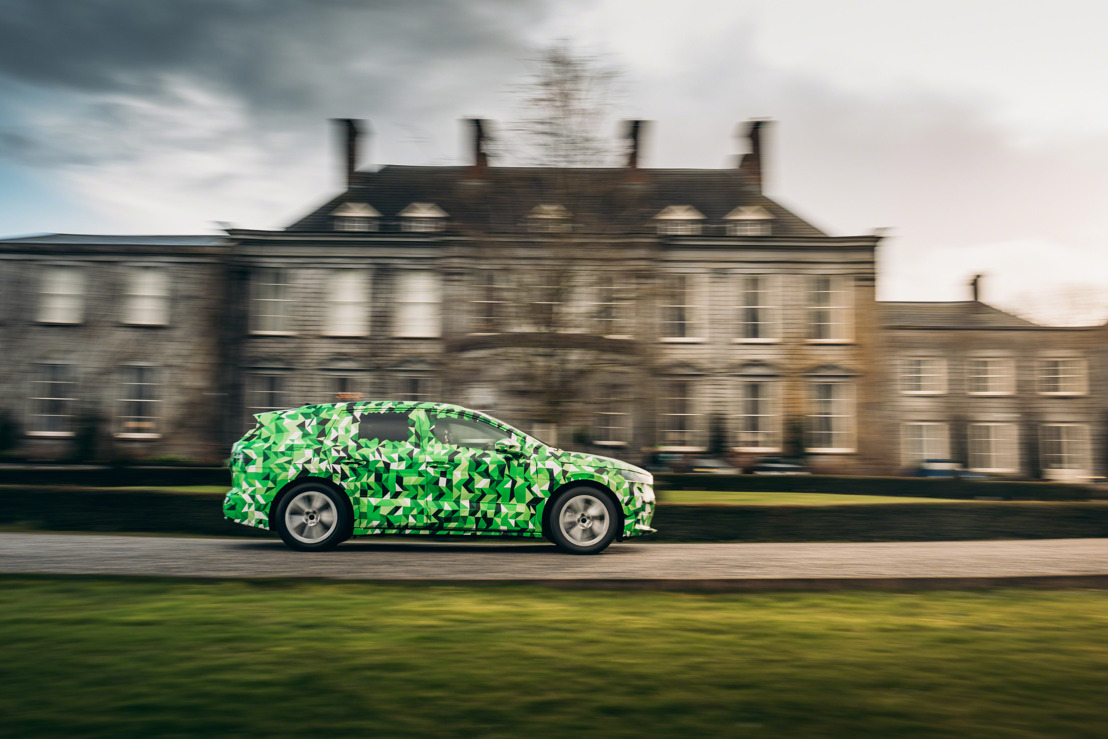 Mladá Boleslav, 25 May 2020 – The only reason test mules catch most people’s eyes is their eye-catching camouflage wrap. But why go to all the trouble? Well, it’s about more than just colourful patterns. ŠKODA test mules generally allow only vague assumptions about what’s hidden under the wrap. This is essential, given that long before the introduction of a new model by the Czech manufacturer, its prototypes will already have covered up to two million test kilometres under real-world conditions. More often than not, tests will take place in regular road traffic. Camouflage patterns protect a new vehicle’s design and features from inquisitive eyes and spy snappers, using optical illusions to disorient the viewer.

Before ŠKODA presents a new model to a global audience, prototypes will have spent thousands of hours on test rigs and in climatic chambers, and covered up to two million test kilometres. The test marathon on the way to production-readiness takes place on all continents. After all, the final production vehicle will have to perform as reliably in extreme cold below minus 30 degrees Celsius as at temperatures well above plus 40 degrees Celsius. The challenging and comprehensive test programme sees cars put through their paces in the sweltering heat, at high humidity and on dusty off-road tracks as well as at arctic temperatures, in the snow and on iced-over surfaces. And, of course, in regular road traffic.

Florian Weymar, Head of Total Vehicle Development at ŠKODA, explains: “In addition to the actual purpose of making a car unrecognisable, the rules and regulations governing the use of vehicles on public roads must of course be observed as well. That is why each prototype will have functioning indicators and brake lights and the complete set of sensors, regardless of the means used to camouflage or disguise its design. The work to be done by the test drivers and engineers during each journey is another consideration. Thus, in general, the air intakes must not be interfered with and the interior air vents must not be covered. This ensures that the measurement results provide a good indication of the data for the actual production vehicle. In the interior, it is crucial that the driver be able to view the instruments and have access to key control elements at any time.”

Keeping everyone in suspense until shortly before the premiere

To protect prototypes from the prying eyes of journalists, photographers and competitors, the cars are carefully camouflaged. This is the only way to ensure that technical innovations, new design features and clever details remain hidden from view. Inquisitive eyes will even search in vain for the ŠKODA wordmark or the brand’s emblem on any of the manufacturer’s test mules. Of particular interest to spy snappers equipped with a camera or smartphone are visually distinctive features, contours or body elements such as the headlights, radiator grille or the rear, which is why these areas in particular are carefully covered, or even disguised by means of temporary attachments. Camouflage patterns are also used to conceal body contours and outlines, and even the side windows are partially wrapped to conceal the design of the window line.

Similar rules apply to the interior. After all, a cabin that’s close to the final production version requires protection from the photographers’ lenses as well, because even a test mule will on occasion be parked out in the open, for example when refuelling at a petrol station. Materials used inside a test vehicle include blackout fleece fabrics that can be fashioned into separate covers for the cockpit, instrument panel, central display, infotainment system, centre console, control elements or air vents, while being easy to remove before the journey continues. ŠKODA uses these meticulous, comprehensive camouflage techniques until it’s time for the official presentation of a new model, keeping customers and industry media representatives in suspense to the very end.

Camouflage: from test mule to work of art

At ŠKODA, camouflage artists are responsible for designing and developing the camo wraps. There are few limits to the experts’ imagination and creativity. They play with patterns, 3D effects and colour contrasts to trick the viewer’s eyes. Sometimes they even hide messages inside the camouflage design, like a hashtag for the @skodaautonews Twitter account. Applying a finished camouflage wrap to a car by hand takes several hours.

When it comes to special events, the camouflage specialists at ŠKODA team up with marketing experts to develop some particularly impressive solutions. For the final stage of the 2016 Tour de France, for instance, the KODIAQ SUV appeared as the lead vehicle ahead of its official launch, decked out in a red, grey and black camouflage wrap and attracting plenty of attention during the Tour’s grand procession down the Champs-Elysées. In 2019, shortly before its world premiere, the fourth-generation ŠKODA OCTAVIA could be spotted on the streets of Prague and Mladá Boleslav in a special bicolour camo wrap in yellow and orange, for a game of “Catch me if you can” with ŠKODA fans. Fans uploading their snapshots of the camouflaged vehicles to Facebook, Twitter or Instagram could win an exclusive invitation to the world premiere in Prague. The prototypes for what became the SCALA, on the other hand, featured a pattern of white and blue dashes.

Car spotters waiting near the company headquarters in Mladá Boleslav will currently be able to catch the odd glimpse of a prototype of the ŠKODA ENYAQ iV sporting a camouflage wrap with green, white and grey facets and three-dimensional elements. The camouflage artists spent a total of 120 hours developing the concept for disguising the first purely electric ŠKODA SUV and used around 18 square metres of camouflage foil. The ŠKODA ENYAQ iV will be revealed later this year.

However, the camouflage specialists will not have much time to relax, because by the end of 2022, a total of ten models of the electrified ŠKODA iV family will be introduced.