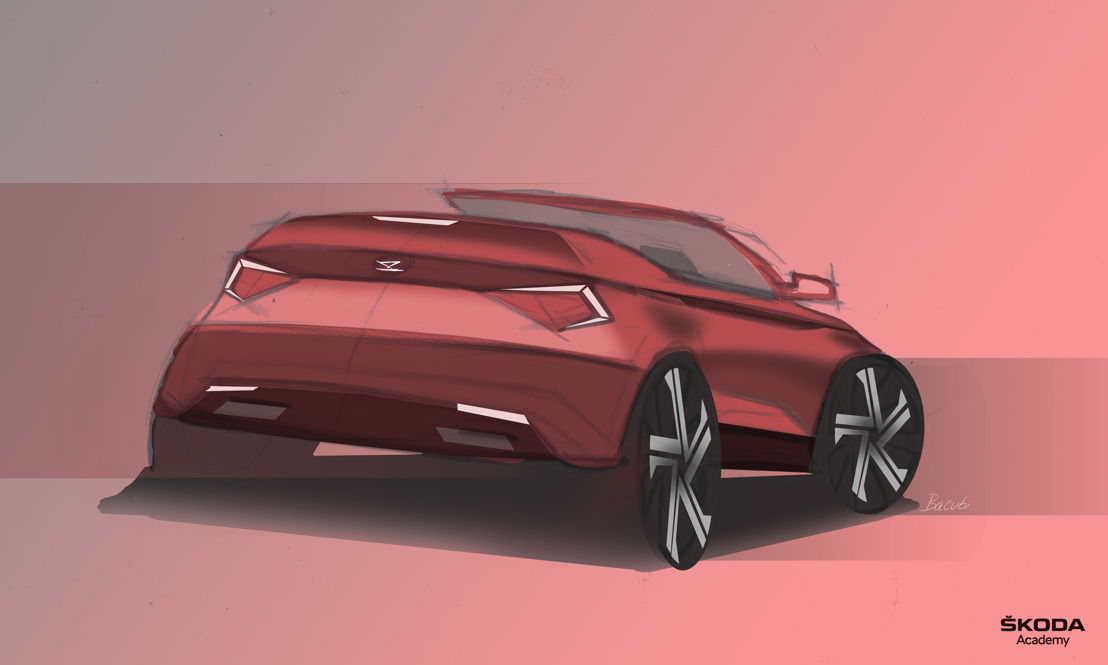 recent years, the students have now taken on a convertible version of the ŠKODA KAROQ.

The finished study will be introduced to the public in June. The vehicle built by the talented

young students underlines once again the high quality of the ŠKODA education programme.

ŠKODA AUTO is again offering talented young students the chance to feel like car designers. The

students, aged 17 and 18, are currently being trained at the ŠKODA AUTO Vocational School and

have come together to build the fifth study. Under the guidance of their teachers and with the

support of the Technology, Design and Production departments at the company’s headquarters in

Mladá Boleslav, they are building a convertible study based on the ŠKODA KAROQ. The project

highlights both the significance of the latest SUV model range for the brand’s model portfolio, as

well as its successes and achievements. In addition, it emphasises the fresh and youthful design of

the ŠKODA KAROQ. As part of the practical project, the students learn to train their technical and

organisational skills in a team. The finished study, which is yet to be given a name, will be

introduced to the public in June.

The student engineers come from seven different professions – among them painters, car

mechatronics engineers and toolmakers. “We are really looking forward to the project because we

get the chance to build a car using our own ideas,” explained team member Ondřj Bací.

Students have designed and built a vehicle every single year since 2014: the first study was a twoseater

version of the ŠKODA CITIGO; a pick-up based on the ŠKODA FABIA followed in 2015; in

2016 it was a coupé based on the ŠKODA RAPID SPACEBACK; and in 2017 the ŠKODA CITIGO

was the inspiration for an electric buggy.

programme. At the vocational school, which was founded in 1927, talented young students undergo

training in technical subjects for 3-4 years. At present, more than 900 students are completing a

two expansion programmes. In addition, around 60 ŠKODA employees are expanding their

qualifications as part of other further training programmes.

The vocational School for Mechanical Engineering is part of the ŠKODA Academy, which was

founded in April 2013 to provide comprehensive training for students and employees. Its education

and qualification programme is specifically geared towards the needs of the company. Since 2013,