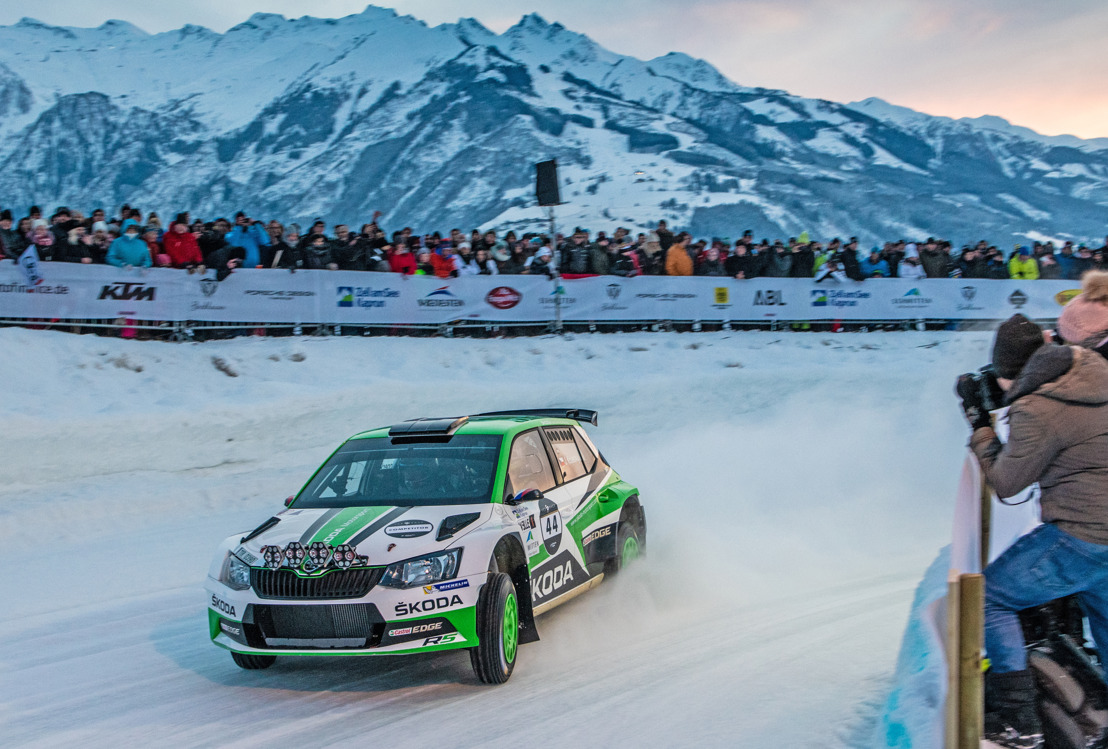 ŠKODA factory driver Jan Kopecký was in a class of his own. On day one of the event,

spectators on the ice track in Zell am See/Austria with a 140 horse power, rear wheel driven

“It was really amazing to compete here with my ŠKODA FABIA R5 on ice and snow. Even in the

car I could feel the enthusiasm of the fans,” said reigning WRC 2 champion Jan Kopecký. On a

demonstration run on Saturday, he was supported by a very special co-driver. Bernhard Maier,

Chairman of the Board of Management ŠKODA Auto, enjoyed the ride from the passenger seat of

weeks ago by winning the first round of the national series, the Jaennerrallye. In Zell am See, he

“We never expected such a tremendous success, when we decided to re-invent the legendary Ice

race in Zell am See after a long slumber of 45 years with a modern interpretation. The competition

of the modern R5 cars was really a highlight for our fans,” emphasized Ferdinand Porsche, together

with Vinzenz Greger founder of the GP Ice Race in Zell am See.

history. Seven times German Rally Champion Matthias Kahle was one of the stars amongst the

horse power, mostly sideways around the ice track in Zell am See.