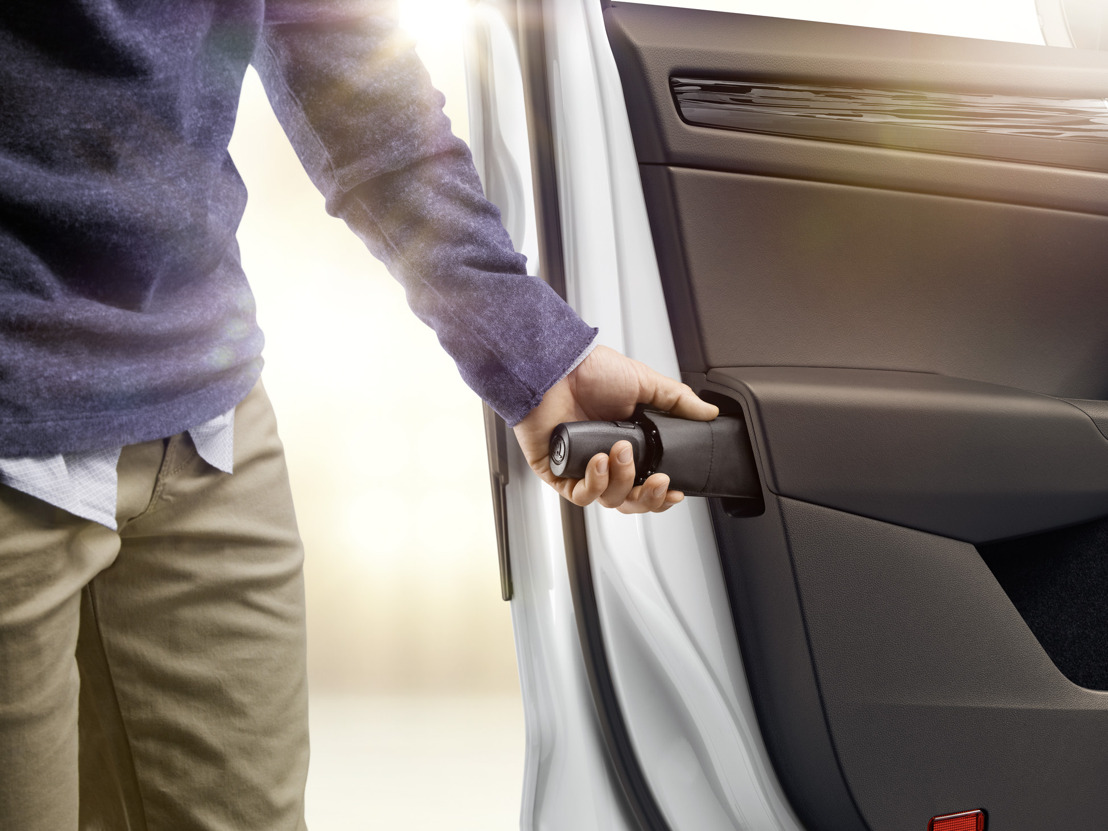 Mladá Boleslav, 10 February 2019 – ŠKODA vehicles have been impressing with their

popular Simply Clever features for a decade and a half, offering real added value to their

customers’ everyday lives. The Czech car manufacturer now has more than 60 of these

practical everyday helpers available to its customers, including umbrellas provided in their

cars. So, customers really have all they need – come rain or shine. The umbrella has its own

compartment inside virtually all ŠKODA models and is in easy reach at any time. On

‘Umbrella Day’, the folding companion gives us a reason to look back at the beginnings and

‘Umbrella Day’ falls on 10 February every year in the USA. It is unclear when the day honouring the

umbrella was first celebrated. Today however, it even has its own hashtag on various social media

platforms: #NationalUmbrellaDay. And the handy companion moves with the times in other

respects too: in its early days, it was depicted in ancient carvings and has since proven a musthave

fashion accessory over the course of its long career. It has of course evolved steadily;

technical innovations were introduced, for example with regard to waterproofing and folding

In short, the popular everyday companion has proven invaluable and is something we now cannot

imagine living without. Reason enough that virtually all of our ŠKODA cars have come equipped

with umbrellas as standard or as an optional extra for over 10 years. This means our customers

have all they need – come rain or shine. The handy little device made its first appearance in the first

generation of SUPERB. Today, the compact companion is available for virtually all models – it can

be found under the front passenger seat in the ŠKODA FABIA, RAPID, OCTAVIA and KAROQ; the

SUPERB, KODIAQ and the new ŠKODA SCALA feature umbrella compartments in their front

doors. The umbrella is just one item on a long list of now more than 60 popular Simply Clever

At ŠKODA, the concept of Simply Clever first arose in 2003. The Czech car manufacturer

positive feedback was not far behind. Smart features such as the sliding rear seats or the swivel

front seats were particularly well-received. This then inspired ŠKODA engineers to come up with

nets in the boot, available for the OCTAVIA and FABIA model ranges. Originality has always been

key: Simply Clever features are unique selling points. They must be versatile as well as practical,

and offer customers real added value in their everyday lives.

Today’s range of features includes a funnel integrated into the lid for the windscreen washer tank, a

waste bin in the doors, a glasses compartment above the rear-view mirror, door-edge protection

and a bottle holder in every door. Not to forget the Easy Open cup holder in the centre console, the

pocket for documents, positioned in easy reach of the driver on the inside of the front passenger

seat, as well as the high-vis vests to hand for all occupants. Other practical features include built-in

everyday lives that little bit easier too. And holders for tablets and smartphones as well as front and

rear USB ports demonstrate that ŠKODA engineers always keep up with the times, also when it