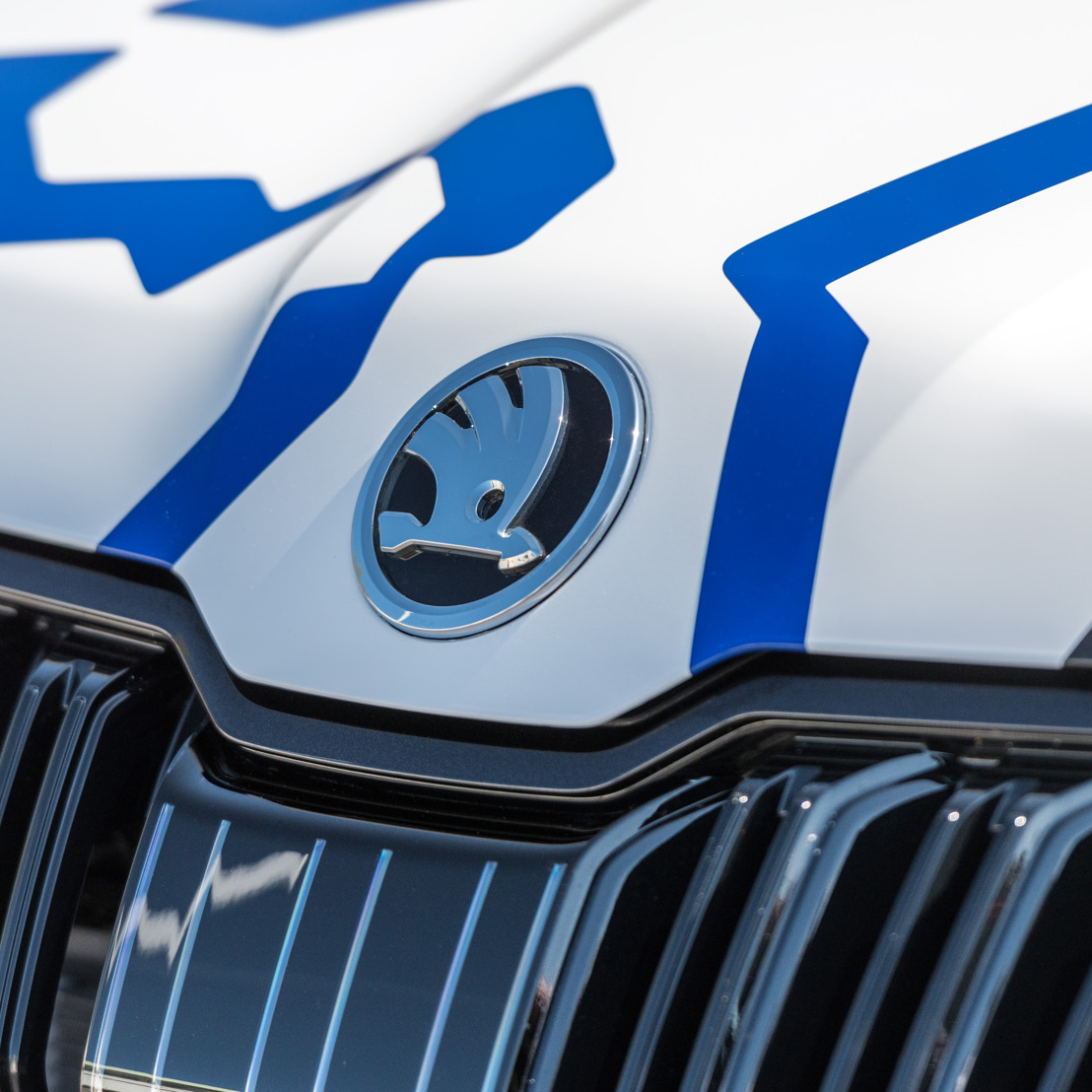 for a record-breaking lap in the new ŠKODA KODIAQ RS, even before the new top-of-the-range

model is launched. In doing so, the Czech car manufacturer is giving an indication of the

intently the extremely professional team prepared the high-performance SUV, which was

covered in a sporty camouflage design, for its successful record attempt on the Nürburgring’s

full video will be released on 14 June. The ŠKODA KODIAQ RS will make its official debut in

October at the 2018 Paris Motor Show.

As a renowned Nordschleife expert, Sabine Schmitz knows the legendary 20.832-km-long circuit in the

Eifel region, with its 73 corners and a difference in altitude of around 300 m, inside out: she is the first

and – to date – only woman to have won the famous 24-hour race there. František Drábek, Head of

Compact Models at ŠKODA AUTO, didn’t want to miss out on the opportunity to experience the ride

from the passenger seat. Drábek had played a major part in the development of the high-performance

SUV and he was now in the car during the speedy lap, experiencing its sporty qualities up close. The

new top-of-the-range version of the successful SUV will be officially presented in Paris this October.

More photos are available at skoda-storyboard.com.