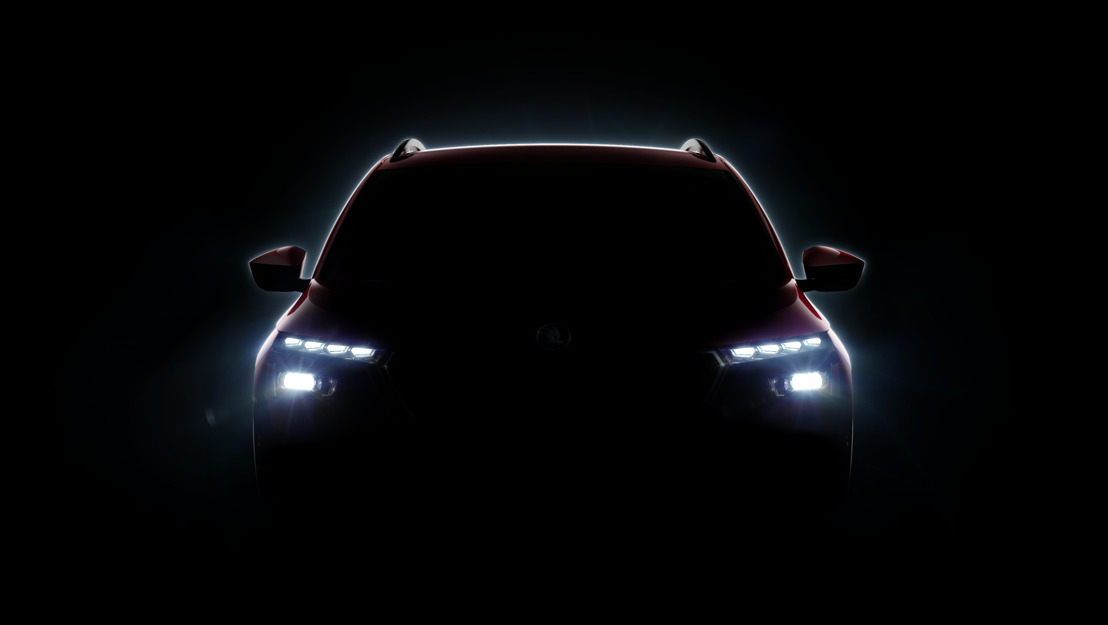 Mladá Boleslav, 16 January 2019 – ŠKODA’s SUV offensive is continuing apace. With the new crossover, the Czech brand is presenting another new model that will expand its SUV range, complementing the successful KODIAQ and KAROQ. ŠKODA has released a teaser image showing the vehicle’s silhouette – the first indication of what the future crossover model, which will have its world premiere at the Geneva Motor Show (5–17 March), will look like. The image provides a first glimpse of the front section and also shows the distinctive new LED headlamp design with separate daytime running lights at the top and integrated dynamic indicators.

The new ŠKODA model offers the best of two worlds. It combines the advantages of an SUV – raised seating position, better overview, more comfortable ingress and egress, increased ground clearance – with the agility and handling of a compact car. This makes the ŠKODA urban crossover model an ideal car for the city and beyond. Based on the Volkswagen Group’s Modular Transverse Matrix (MQB), ŠKODA model offers new assistance systems along with many Simply Clever features – one of the brand’s hallmarks, along with the spacious interior.

Follow us on https://twitter.com/skodaautonews, for the latest news.
All content related to the new crossover model can be found at #NextSkoda.